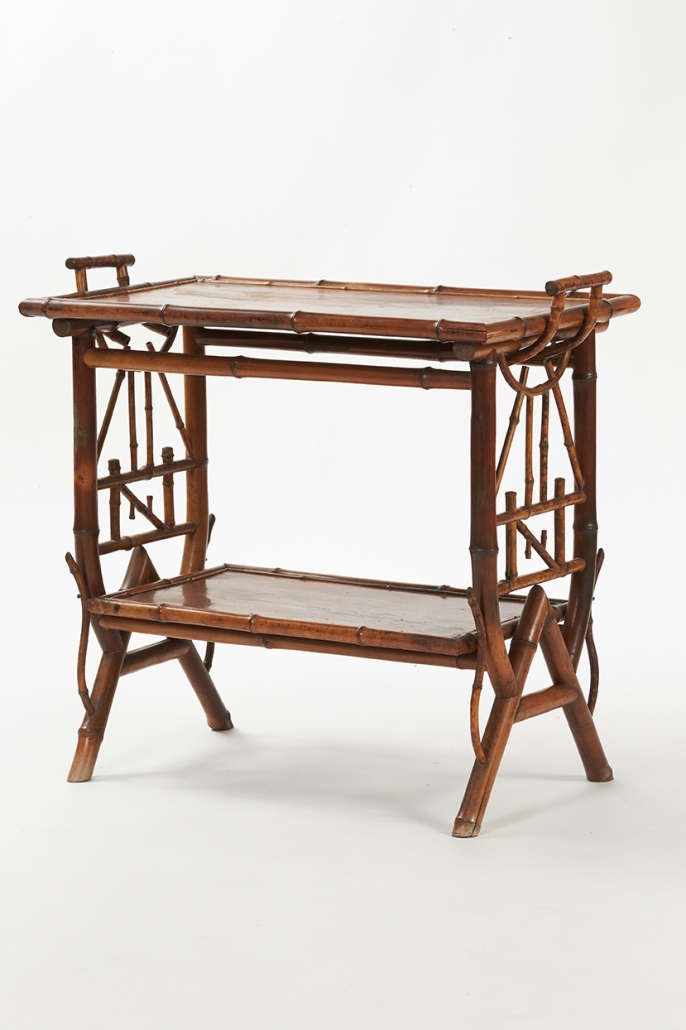 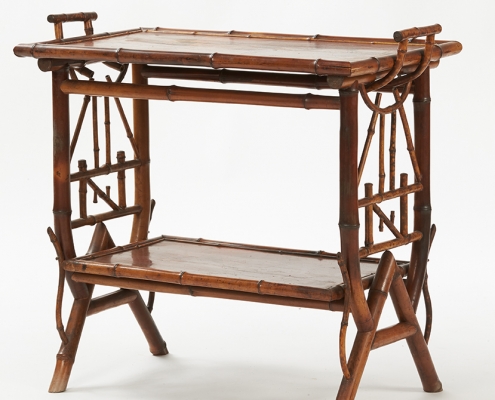 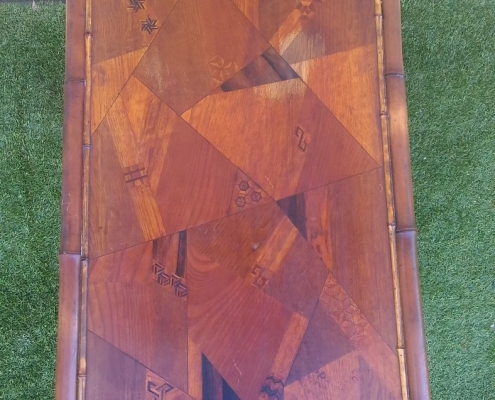 This service from the famous French bamboo manufacture Perret et Vibert rests on four legs. Composed of two trays, they are connected by uprights made of several pieces of bamboo forming a triangle and semicircle pattern. Both tops are geometrically decorated with wood marquetry. Thus, several pieces of wood in different shades are assembled creating a geometric pattern and adding dynamism to the composition. The bamboo, giving an Asian style to this sideboard, testifies to the artists’ attraction to Middle Eastern inspiration.

But the company is mainly known for its creations in rattan, which can be adapted to winter gardens in the city, as well as to country houses or seaside villas.

The company is present at numerous exhibitions and regularly wins awards for these “graceful and original” models, of which “there’s only so many to choose from”. The House of Bamboo was awarded a prize at the Moscow International Exhibition in 1891, and won a gold medal at the Paris Horticultural Competition in 1893. It was present at the colonial exhibition in Lyon in 1894 where “a very rich collection of inlaid bamboos” was presented.

Poppy and parakeet candelabra – Antoine-Louis Barye
Scroll to top
By continuing your browsing on this site, you agree to the Cookies policy designed to optimize your user experience, generate navigation statistics, and facilitate the sharing of information on social networks. OKPrivacy policy