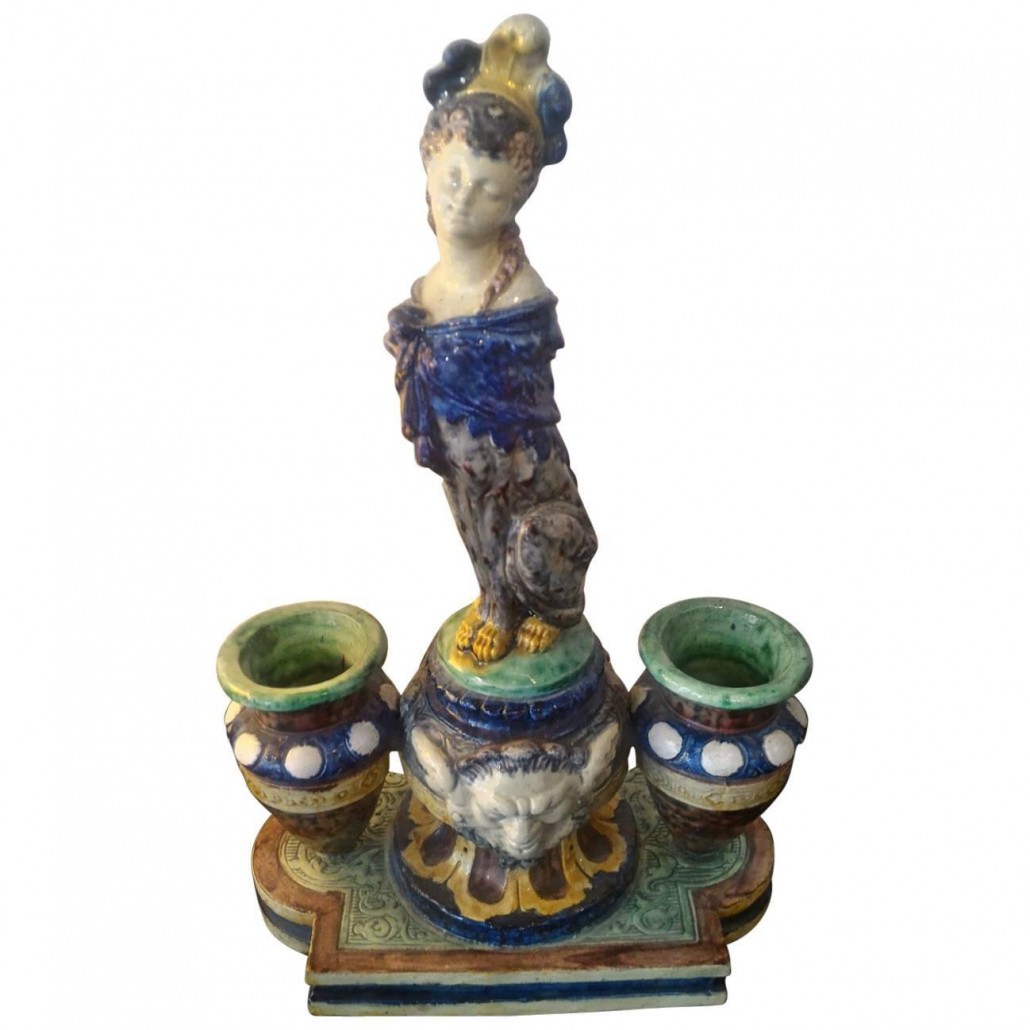 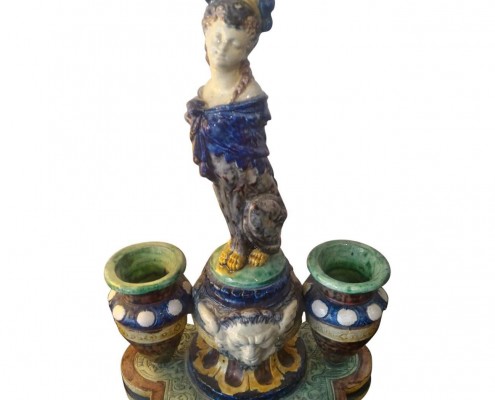 Sergent’s specialty was large pieces decorated with nearly lifesize crustaceans, although he produced many smaller works as well : vases, tobacco jar, plates, jardinières, cups. He adopted many pieces which were formerly attributed to Bernard Palissy and provided them a kind of strength and power. Sergent impressed many of his pieces “TS”, or painted “Sergent”, “Th Sergent”. But many pieces attributed to him are also unsigned. This inkwell reflects both influences to the French Renaissance and the reign of Louis XVI.

Snake vase – Manufacture Minton, Stoke-on-Trent
Scroll to top
By continuing your browsing on this site, you agree to the Cookies policy designed to optimize your user experience, generate navigation statistics, and facilitate the sharing of information on social networks. OKPrivacy policy