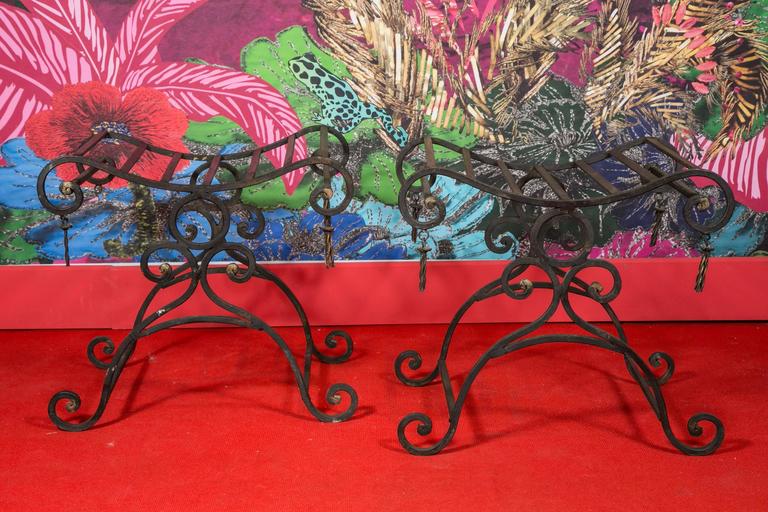 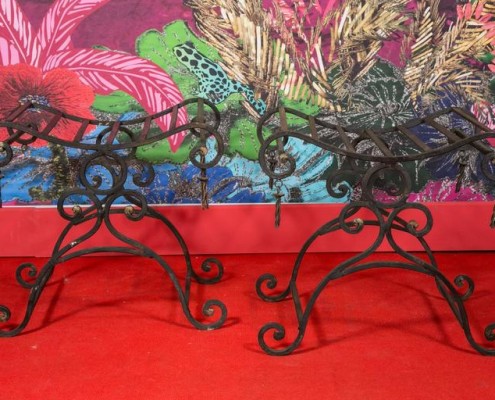 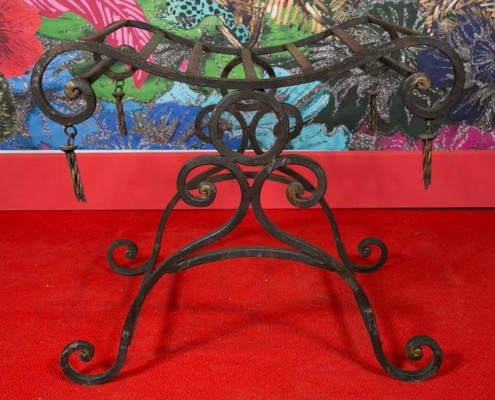 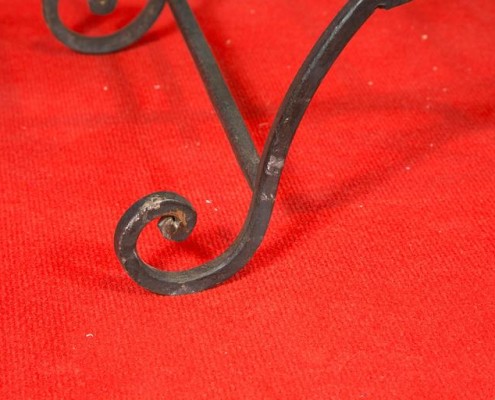 This pair of curule stools from the Napoleon III period is directly inspired by the antique model. It takes its name from the Latin sella curulis, from currus, “chariot”. Symbol of civic power under Roman antiquity, only magistrates with the imperium (the power to compel and punish) were allowed to sit on it. These curules (consuls, proconsuls, lenders, propréteurs, édiles curules, dictateurs, maîtres de la cavalerie, décemvirs) thus gave their name to this piece of furniture. Concerning its geographical origin, Livy Titus claims that it came from Etruria, brought by Tarquin the ancient king of Rome of Etruscan origin. The seat was originally made of wood inlaid with ivory. Julius Caesar sat on a golden curule.

The pair of curule stools have the same characteristics as its antique predecessor with its curved seat responding to human morphology. Nevertheless, the use of metal is typical of the Napoleon III period.

Missing a metal pendant on one of the stools.

Majolica Set, Delphin Massier
Scroll to top
By continuing your browsing on this site, you agree to the Cookies policy designed to optimize your user experience, generate navigation statistics, and facilitate the sharing of information on social networks. OKPrivacy policy