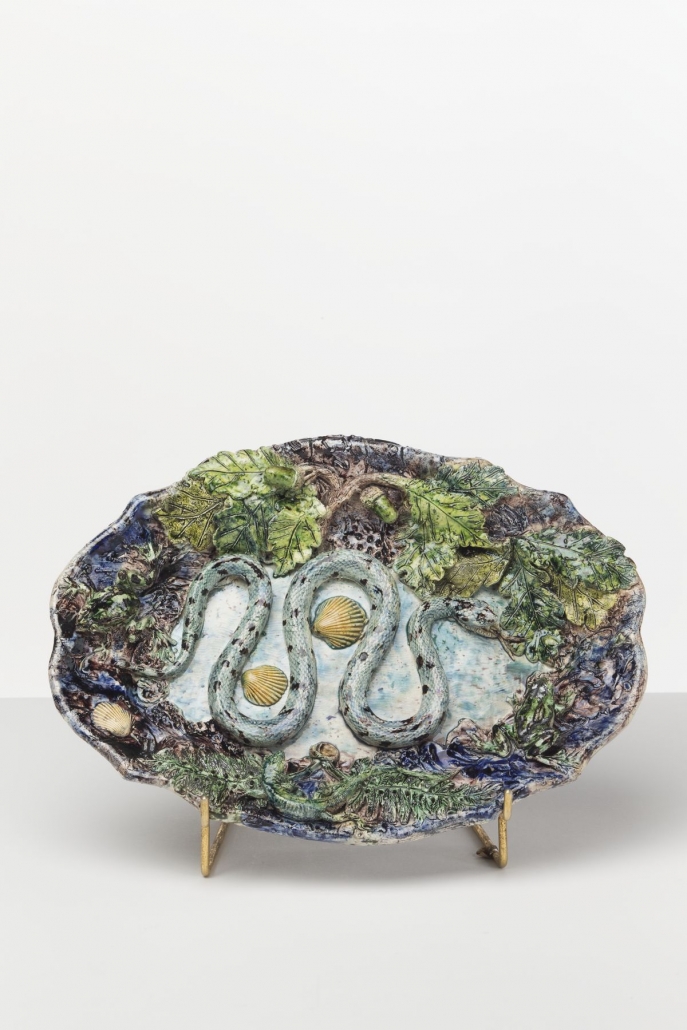 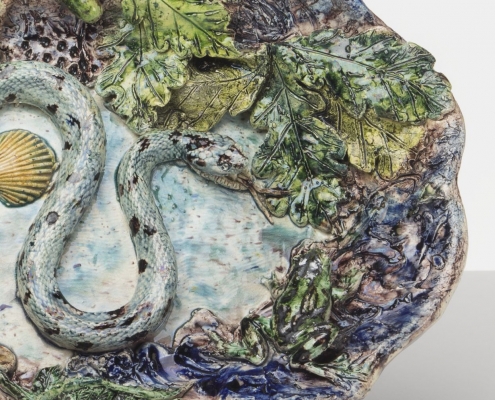 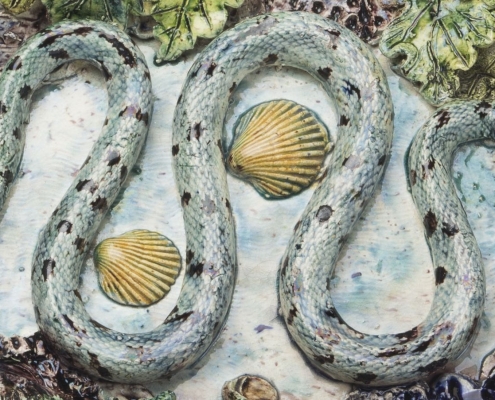 Attributed to Charles-Joseph Landais, an artist from a generation of great ceramists who followed Bernard Palissy to Tours, this dish shows an extraordinary naturalism and virtuosity. Landais takes up a scheme from the observation of Palissy’s work: an animal in the centre, as if on a central island, with a rim decorated with plants and shells.

The Landais settled in Tours, the workshop is a family one, run in particular by the son, Charles-Joseph Landais (1829-1908) and his sister Olympe, five years his senior.

One day, an amateur entrusted Landais with a Bernard Palissy dish to restore. He studied its characteristics and began to copy the 16th century master ceramist, as did his contemporary Avisseau.

This dish is thus conceived as a rustic group. Seeking the illusion of truth, he succeeds in suggesting the viscosity of the frog, the roughness of the stone and the fragility of the leaves. To the realistic concern, is added an aesthetic necessity that restores a nature that is more dreamlike than real. This piece of nature illustrates the poetry of the artist who endeavours to describe a universe populated by animal and plant species. The colors are vibrant, Landais offers us a snapshot of Nature, a moment of life.

Pair of vases decorated with flowers – Delphin Massier, circa 1880
Scroll to top
By continuing your browsing on this site, you agree to the Cookies policy designed to optimize your user experience, generate navigation statistics, and facilitate the sharing of information on social networks. OKPrivacy policy