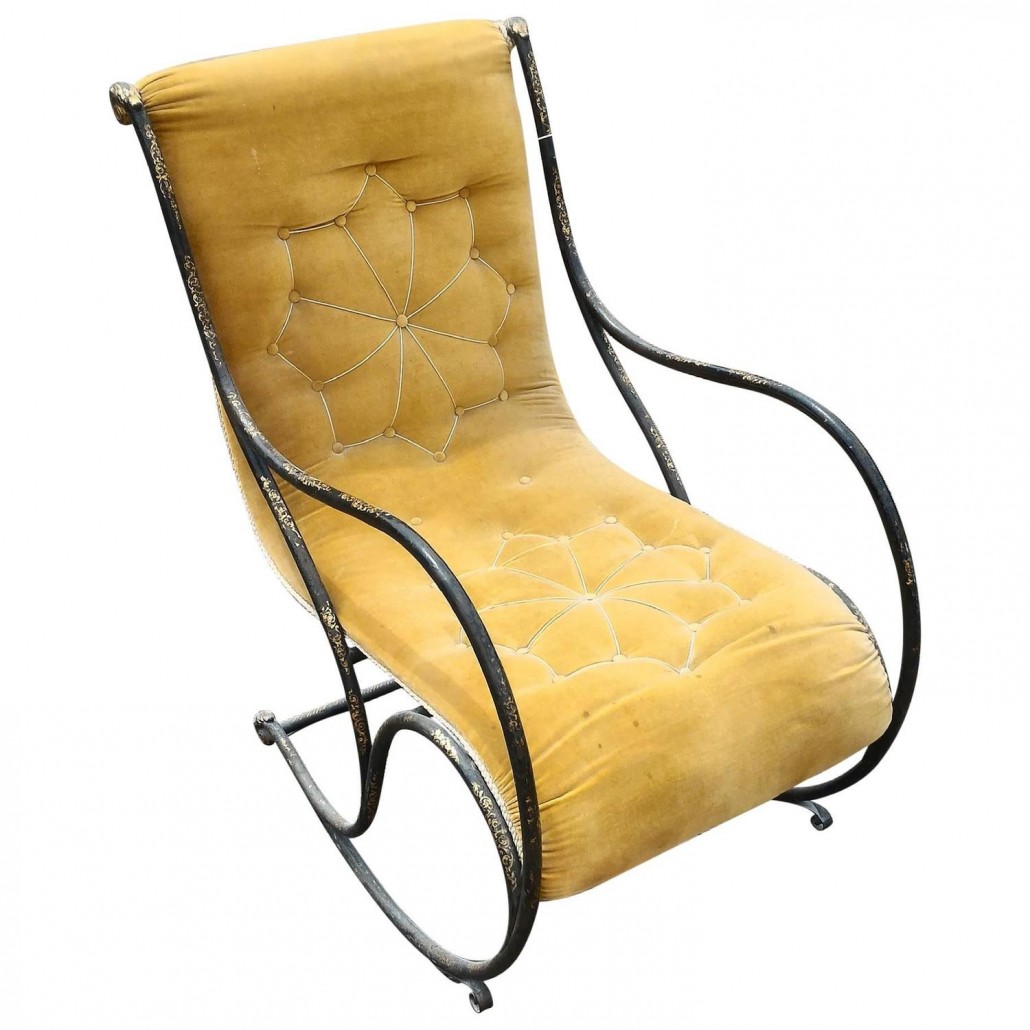 While the tubular iron could raise modernism period (1925-1930), this amazing rocking chair has, against all expectations, manufactured in 1860. His modern character seduced many of his contemporaries. Shown for the first time in 1851 at the London World Fair, the rocking chair surprised both by its design as by its materials. More than ten years before the creation of the first rocking chair bentwood by Thonet (Chair No.1), the English factory Winfield & Co., in collaboration with the American designer Peter Cooper, presented a flagship model of design history whose one of the few surviving examples belongs to the Victoria and Albert Museum.

Founded during the first quarter of the 19th century, the Robert Walter Winfield’s Manufacture produced all sorts of utilitarian objects and metal furniture. It was particularly renowned for its production of beds. Between 1827 and 1854, the manufacture registered for different patents related to the use of tubular iron beds and sofas. He redoubled technical inventiveness to create new models, improve productivity and manufacturing cost. The technical patents were accompanied by detailed patterns. Thus, he avoided the risk of copy that could threaten his business.

Contact the gallery
Side tables, Style of Maison Jansen, 1950s

Sarreguemines Vases, “Duplessis”, circa 1880
Scroll to top
By continuing your browsing on this site, you agree to the Cookies policy designed to optimize your user experience, generate navigation statistics, and facilitate the sharing of information on social networks. OKPrivacy policy