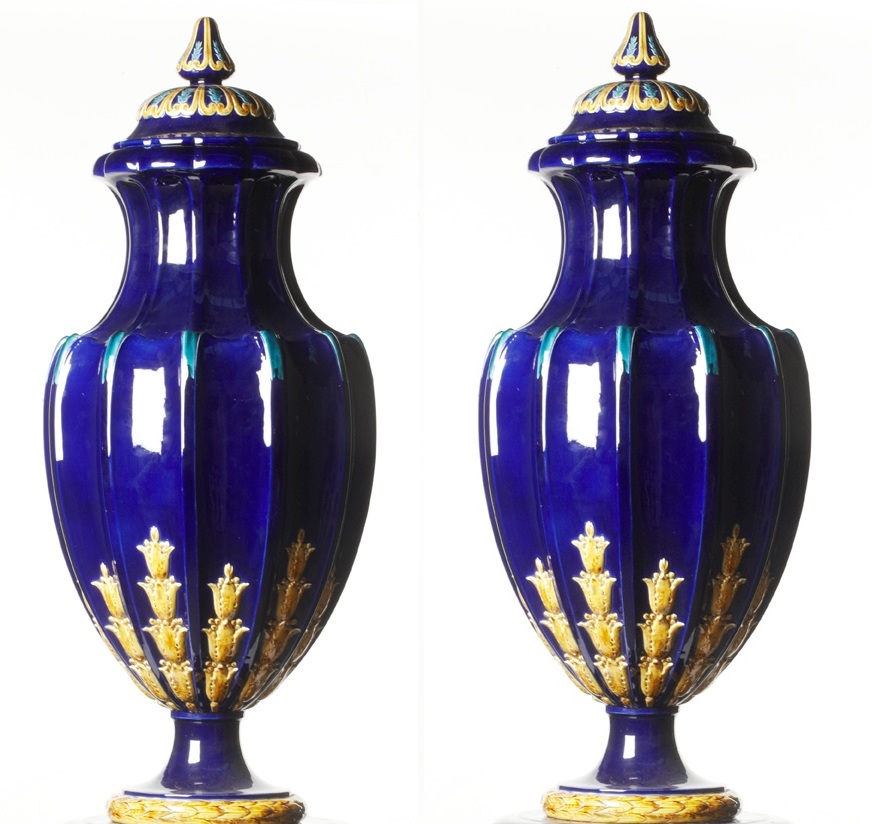 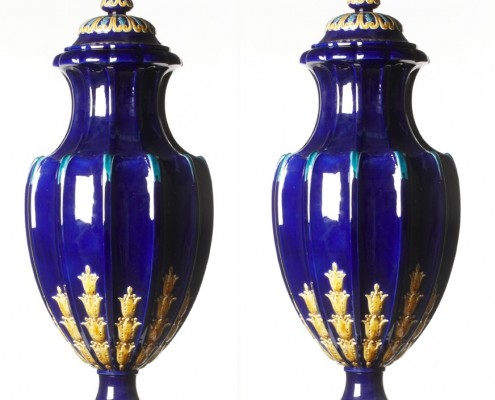 This impressive pair of covered vases of Sarreguemines factory take the name of its inventor Duplessis, one of the most important decorator of the XVIII century. The Duplessis vase has the glaze and color of a factory whose reputation is growing as it won medals and prizes of international exhibitions . This is also the same vase that can be seen in a photograph of the ceramic section of the Universal Exhibition in Paris in 1878.a

Sarreguemines has brought to the ceramic art a technique with no equivalent and a new stylistic approach in its greatest creations. Located in the north-east of France, the factory hired more than a thousand of workers and by this way contributed to the dynamic of this region.

From the extraordinary diversity of the production, we can distinguish some spectacular works such as decorative panels made of earthenware tiles, monumental vases with their stands or richly ornate vases. The pair that we are presenting here belongs to this last group of objects.  The reference to the Sèvres porcelain is explicit here. That model was originally created for the royal factory, became national in 1871.

Wooden canoe, 20th century
Scroll to top
By continuing your browsing on this site, you agree to the Cookies policy designed to optimize your user experience, generate navigation statistics, and facilitate the sharing of information on social networks. OKPrivacy policy