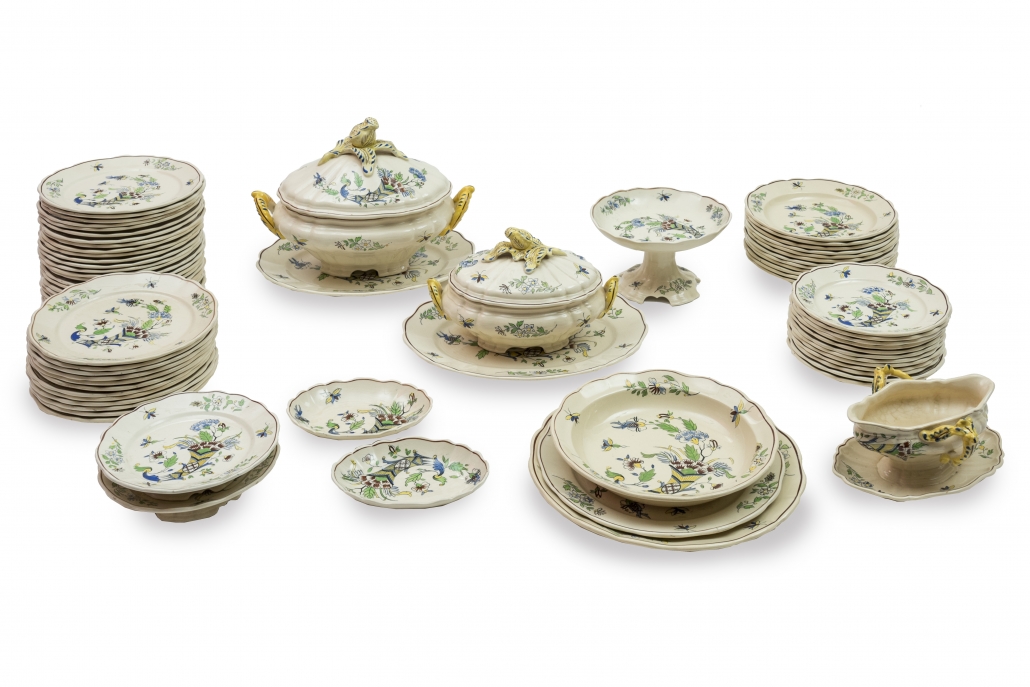 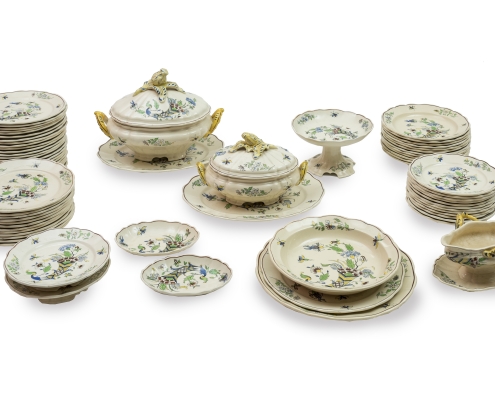 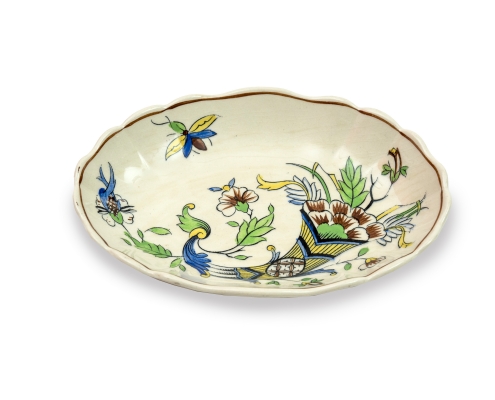 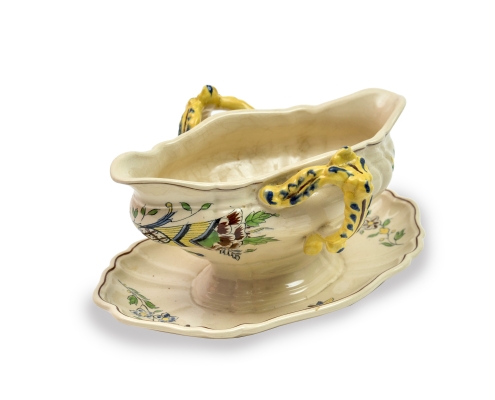 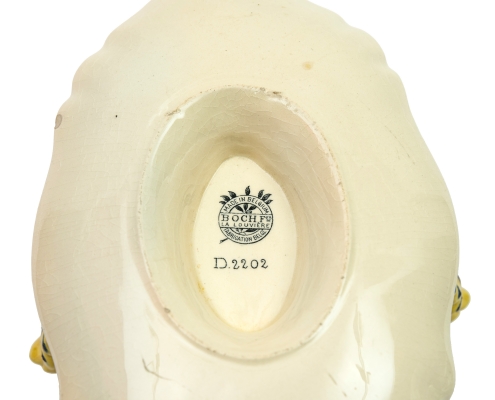 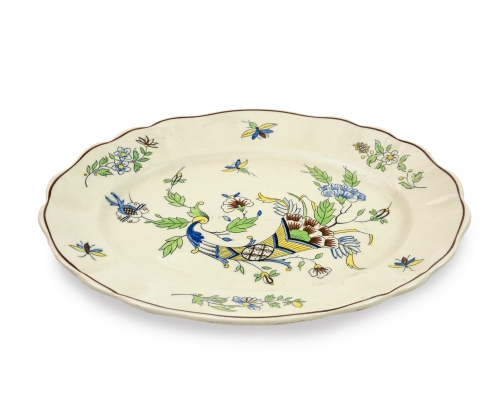 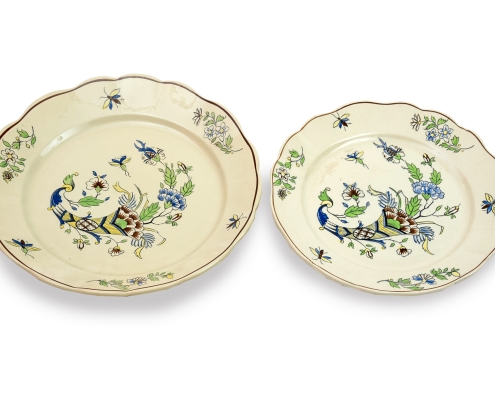 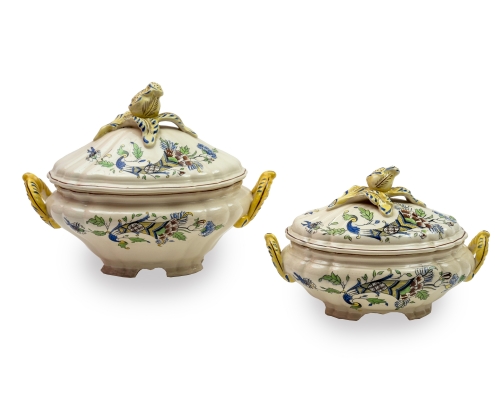 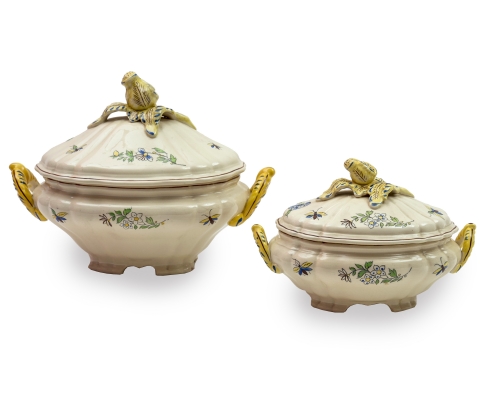 This elegant fine earthenware service signed “Boch Freres” presents a set of shapes (plates, soup tureen and its tray etc.) with forms inherited from the rocaille taste of the mid-18th century.
On the white glaze, a decoration of insects reminds us that in the 18th century the subject was appreciated for its decorative virtues, and in particular to conceal firing accidents, which is not the case here. Insects and flowers in their natural state therefore alternate between the marlis of the dishes and the bellies of the shaped pieces.
In the centre of the dishes and on the lids of the tureens is a horn of plenty motif from which bouquets of flowers escape, picked by insects.
The chromatic palette favours a white background from which green vegetation, insects and blue and yellow horns stand out, with a few red flowers. A red net completes the neat decoration of the whole service.

On the gravy boat and on the tureens, the handles are treated in yellow and the grip buttons still quote the great classic of the time for crockery: the 18th century. Indeed, these buttons are in the shape of burst pomegranates, a motif so fashionable during the reign of the rockery.

This service was manufactured by the company Boch Frères also known as Keramis, active from 1844 to 1936 in La Louvière in Belgium (Hainaut).

Details of the service

Planters with elephant handles – Theodore Deck, circa 1870
Scroll to top
By continuing your browsing on this site, you agree to the Cookies policy designed to optimize your user experience, generate navigation statistics, and facilitate the sharing of information on social networks. OKPrivacy policy