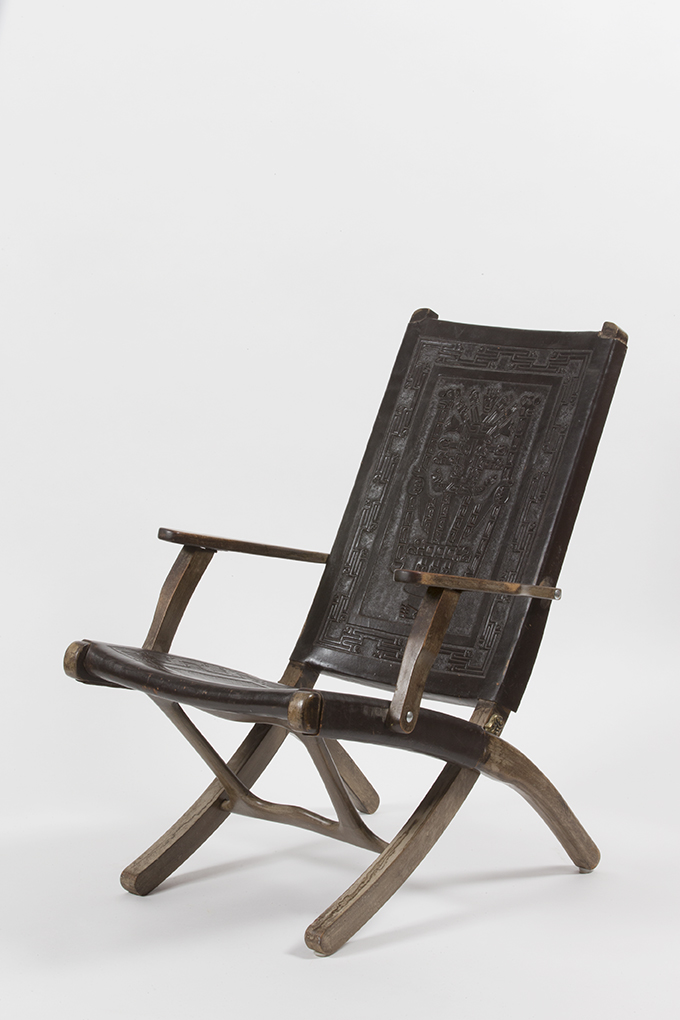 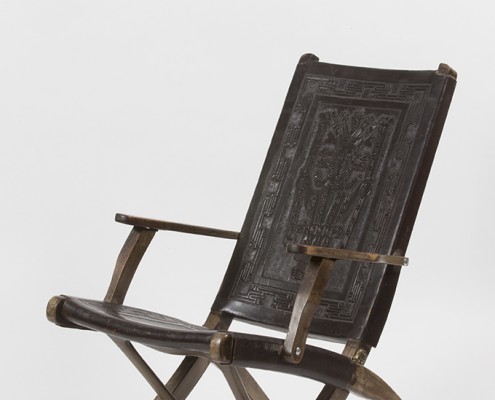 This Inca inspired armchair is composed of a solid teak structure and covered with thick leather. The relief is drawn on the leather piece using a metal iron, heated to 115°. The leather of this chair of Inca inspiration is embossed with typically Inca motifs, whose iconography is that of the god Viracocha. The embossed leather technique reveals an Inca inspired motif in relief on the back of the chair. Indeed, it is the main god of the Incas, called Virococha. Creator God, king of lightning and storms, he was originally adored by the first inhabitants of Peru and was later integrated into the Inca Pantheon.

The iconography of the god Viracocha is easily recognizable. Indeed, as creator of civilization and king of lightning, one notices well that the god represented holds in his two hands sticks symbolizing lightning, but also heads of various characters or animals starting from his head in the shape of a ray. It would thus seem that the head of the god would be the sun, of which he is the creator, and that these characters represent the rays of the sun. Moreover, the heads, none of which are alike, represent the different peoples created and colonized by the god during his journey through South America. This iconographic representation is frequently used to represent the god Viracocha.