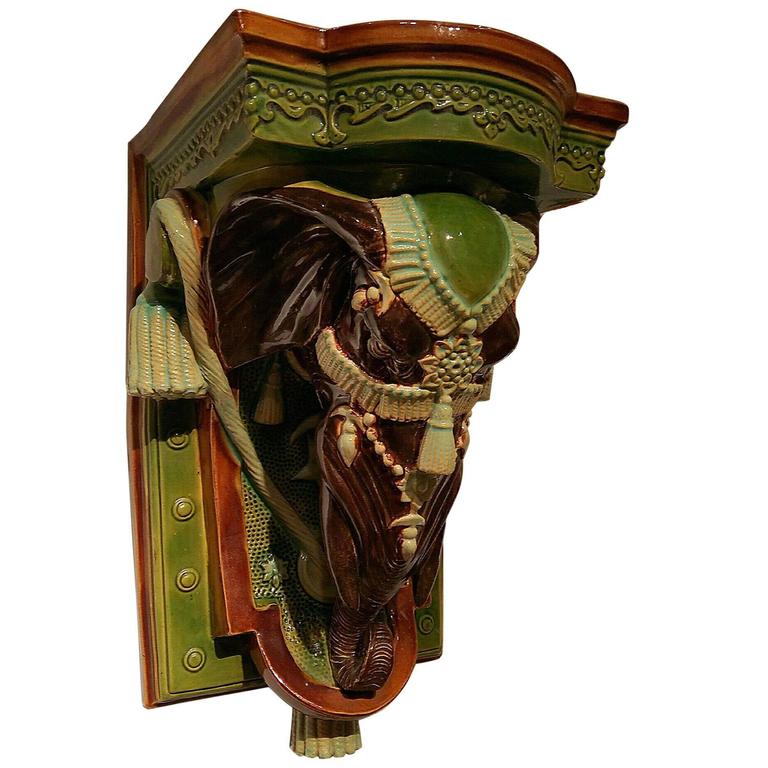 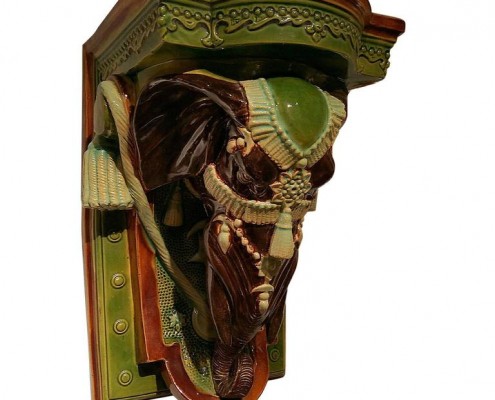 The technique, colours and style used for this sconce make us attribute this piece to Wilhelm Schiller’s Manufacture. The artist diverts the motif from the elephant head, individualizes it and gives it a great decorative power by the abundance of its ornaments.

Wilhelm Schiller’s manufacture is a wonderful echo of the oriental influence that art has had in Europe since the 1820s. While the major French and English manufactures are interested in the Far East and mainly in the art of Japan, the manufactures of Bohemia, including Schiller’s, contribute to the spread of oriental culture in its widest dimension, from Algeria to Japan, from Turkey to India.

Wilhelm Schiller offers us here a dreamed of and idealized elsewhere that baths his totally new creations which ally colors, naturalism, fantasy, trompe-l’ oeil and technicity. This shimmering ceramic with its striking realism and shimmering colours reproduces the different textures with care, playing on the variety of materials: elephant skin, fabric, embroidery. It is also with a lot of inventiveness and sometimes humour that some iconographies are adapted by Schiller.