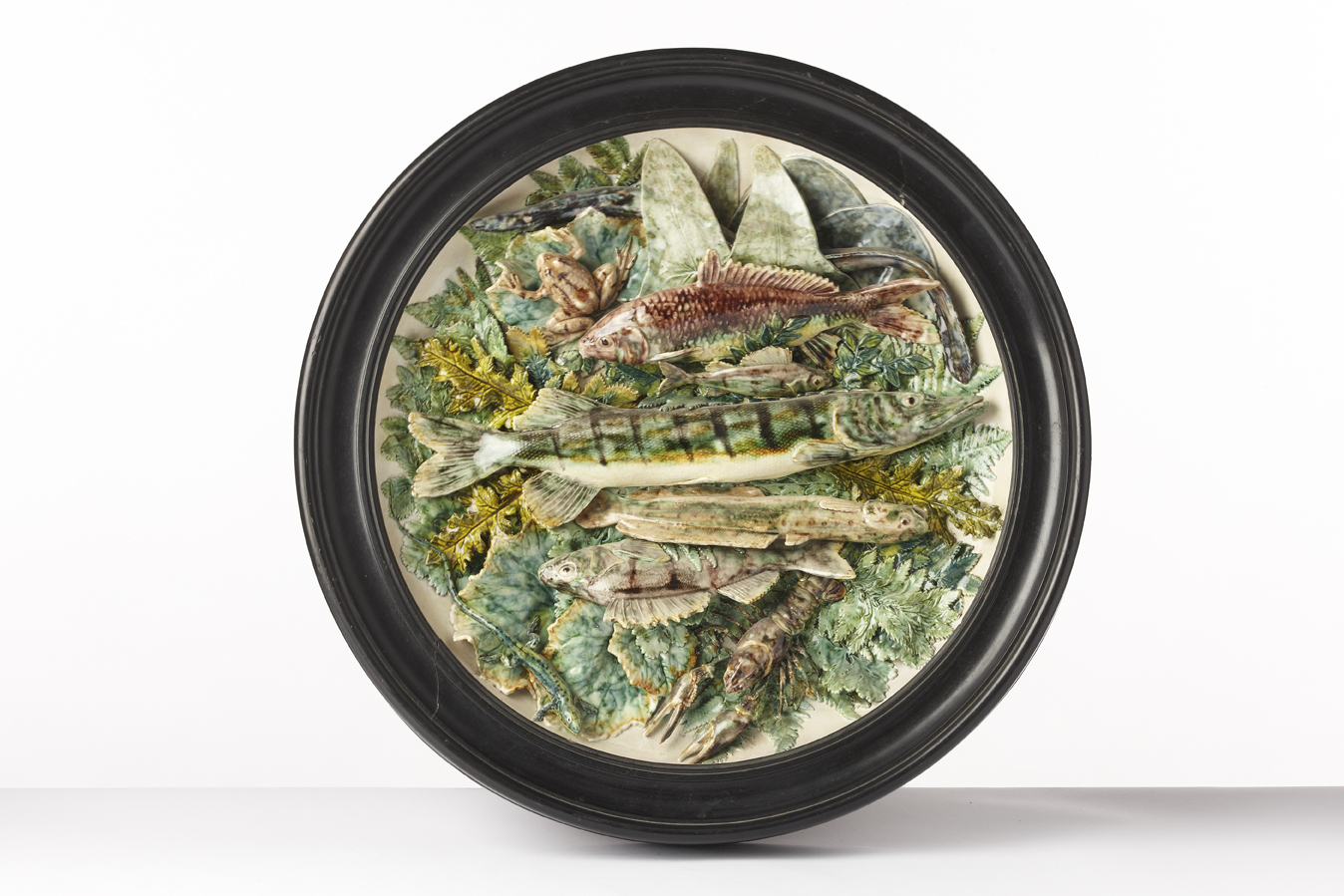 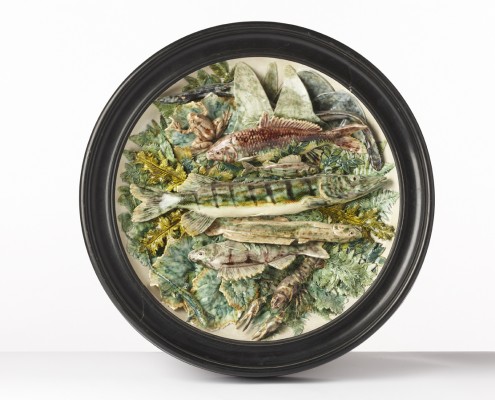 Round Charger with Fishes, Thomas Victor Sergent, circa 1880

This round charger with fishes is the work of Thomas Victor Sergent, ceramist and follower of Bernard Palissy, considered from the 19th century as one of the best representatives of the Paris School with Victor Barbizet (1805-1870) and Georges Pull (1810-1889). Despite the presence of clearly identifiable plants, insects and fish (pike, green frog, lizard and ferns) this round charger does not reflect a realistic evocation. The artist plays with the harmony of lines and colours to obtain a rustic dish with a very decorative relief.

Thomas Victor Sergent’s works reveal how important Bernard Palissy was in the XIXth century, and the type of mythology related to his production. After a series of experiments on coloured enamel, Palissy specialized in polychrome enamel ceramics. A number of artists in Tours, and later in Paris, claim to belong to this tradition and brought back to life the character of this very specific type of ceramics whichPalissy himself called « rustiques figulines ».

Bamboo and Rattan living room, circa 1950
Scroll to top