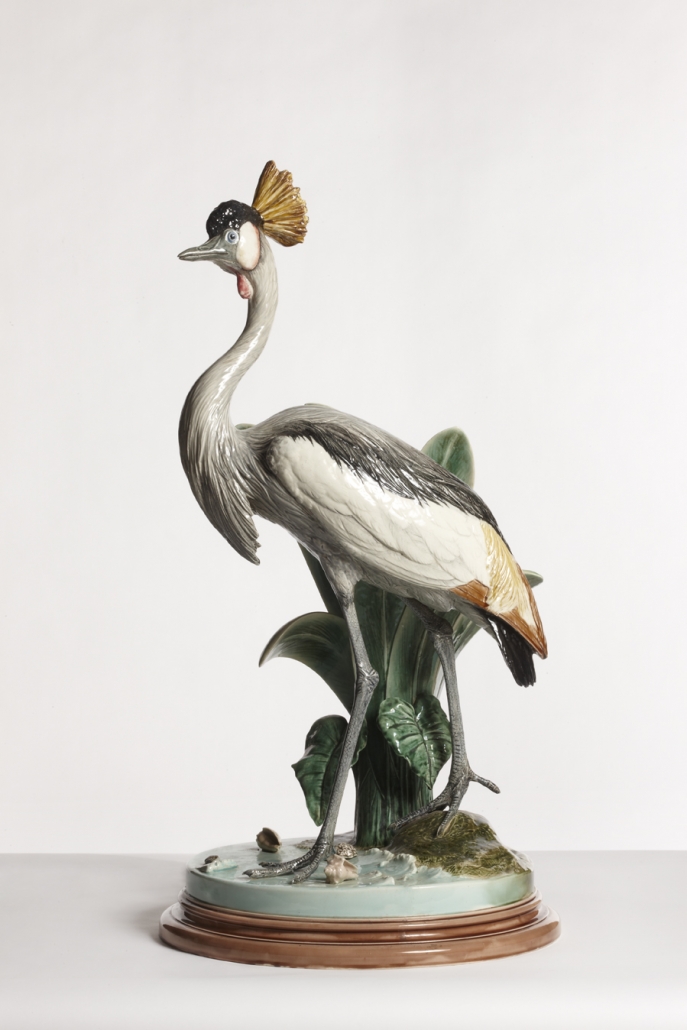 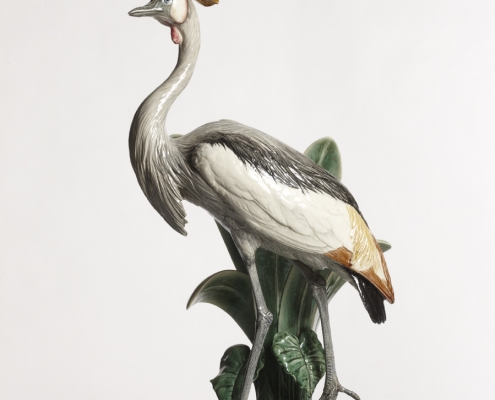 This royal crane is exhibited with a parrot, a cock, a swan and a heron in 1894, at the International Exhibition of Lyon. It comes from the prestigious Choisy-le-Roi factory which, during the Second Empire, was a major centre of artistic ceramics, competing with the famous Minton and Sarreguemines factories. The animal sculptor Paul Comoléra signs here a most original realization, confirming the quality of his collaboration with the faience manufacture of Choisy-le-Roi.
Like Comoléra’s other creations, nature is here an inexhaustible source of inspiration. As such, it generally participates in the renewal of the decorative vocabulary of industrial arts from the 1870s onwards. Flowers, fruits, foliage, insects and birds became recurring motifs. Their success is not unrelated to the vogue for Far Eastern art, which triumphed at the 1878 Universal Exhibition in Paris.

Vase called “The Ages of Life” – Jules-Aimé Grosjean for...
Scroll to top
By continuing your browsing on this site, you agree to the Cookies policy designed to optimize your user experience, generate navigation statistics, and facilitate the sharing of information on social networks. OKPrivacy policy