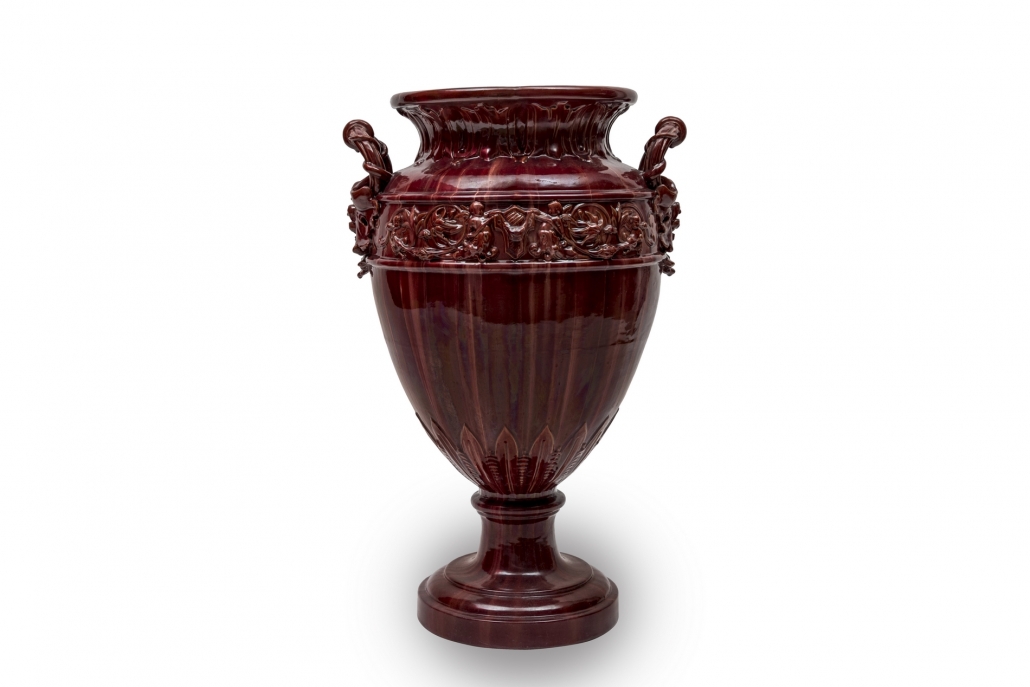 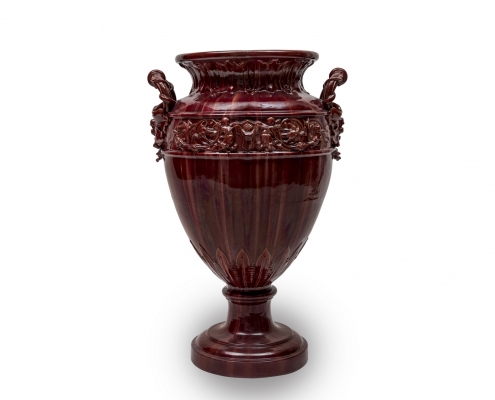 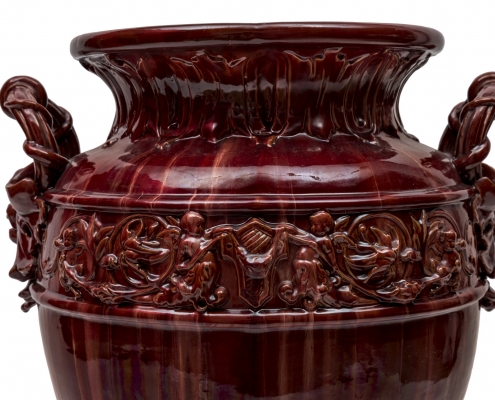 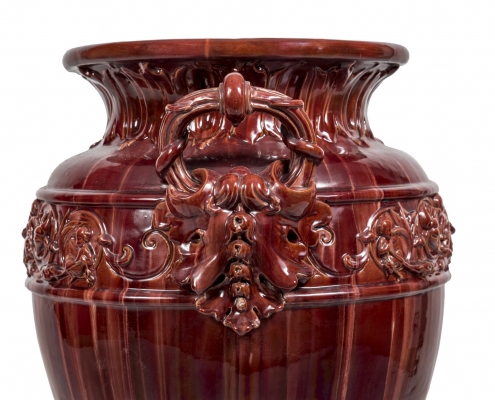 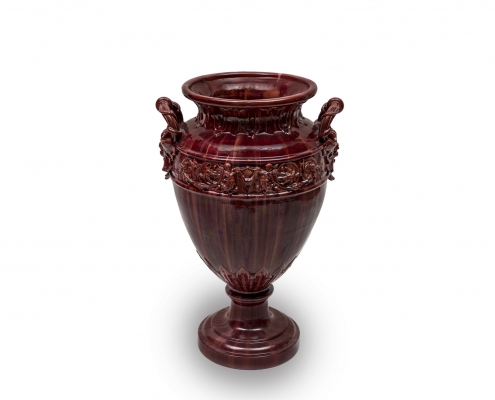 This antique red vase in its form was made by Clément Massier at the end of the 19th century. A frieze representing a medallion bordered by two putti in the middle of interlacing, encircles the perimeter of the vase. Two handles originating in vine leaves frame this piece. The red jasper color of this vase is typical of Clement Massier’s production.
The Massier family has been established in Vallauris since the 18th century with Pierre Massier (1707-1748) recognized as a master potter. From the 19th century onwards, a high quality ceramics of art appeared which favoured aesthetics over utilitarian aspects. Delphin (1836-1907) and his brother Clément (1844-1917) and their cousin Jean-Baptiste dit Jérôme fils (1850-1916) are at the origin of this development.
From 1886 onwards, Clément Massier developed an important and high quality lustrous ceramic. He knew how to surround himself with brilliant collaborators. The painter Lucien Lévy-Dhurmer (1865-1953) worked with Clément Massier from 1887 to 1895 and oriented production towards an Art Nouveau repertoire. A collector of Hispano-Moorish ceramics, he researched metallic reflections and managed to considerably broaden the colour palette. From the turn of the century, Clément devoted himself almost exclusively to metallic lustre, while Jérôme and Delphin remained faithful to slurry and polychrome enamels for an illusionist and figurative rendering. He knew how to give his letters of nobility to a traditional technique and was at the origin of a true industrial and artistic revolution which gave a new and decisive impulse to the manufacture of ceramics in Vallauris. He brought in his wake other ceramic artists from Cannes, Vallauris, Marseille, Fréjus etc.

Royal Crane – Paul Comoléra and Choisy-le-Roi, circa 1880
Scroll to top