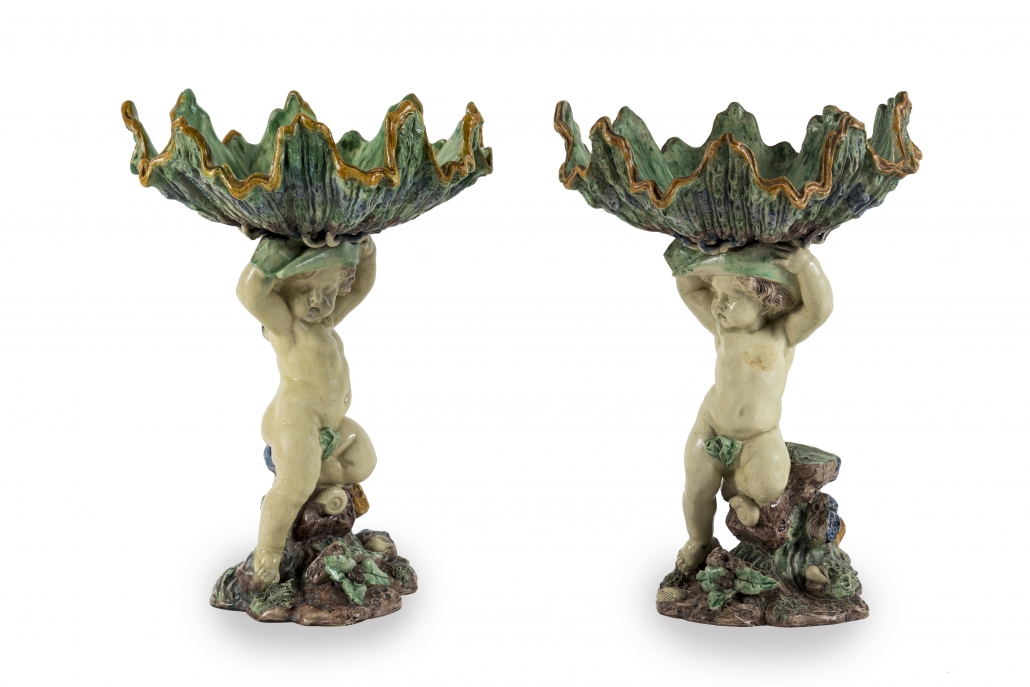 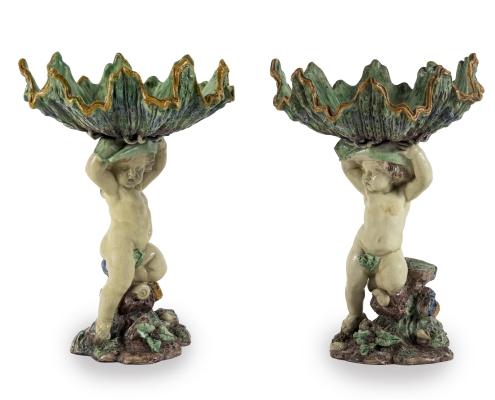 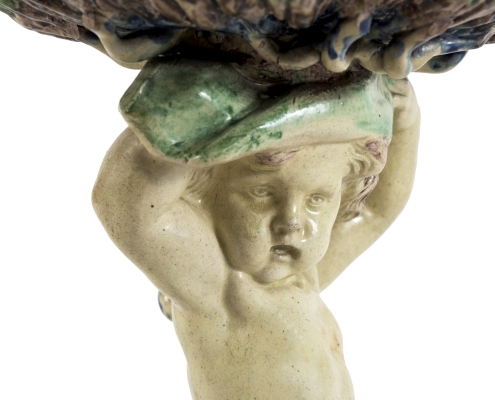 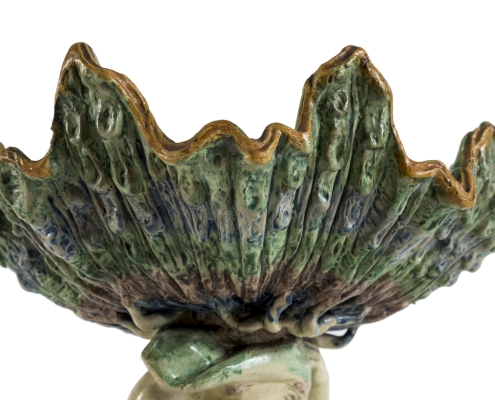 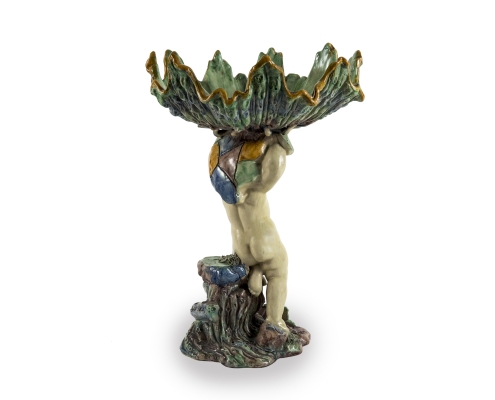 Important pair of putti in foot supporting cups taking the shape of conches by Thomas Victor Sergent. The putti, hip in an elegant posture, support the conches with their hands. Naked, a light sheet provides them with a veil of modesty.

They each stand on a mound of rocks, earth and leaves, which is not only reminiscent of 16th century ceramics, but also reminiscent of the rocky mounds of the 18th century.

The green, royal blue, mustard yellow and brown shades highlighted recall the chromatic palette also used by J. Landais. It is found in stripes on the conches, and in flat tints on the scales of the turtle shells on the back of the putti.

Thomas Victor Sergeant cites the Renaissance in this pair of objects. By his gesture, he participates in the historicism which develops in France under the reign of Louis-Philippe and which lasts until the beginning of the 20th century in the form of eclecticism. The Exhibition of Art and Industry Products of 1839 and 1844 in Paris saw the triumph of the neo-Renaissance style with the works of Froment-Meurice and Grohé, but also of Chenavard with his famous “Renaissance Vase” (Musée des Arts Décoratifs, dated 1831). From then on, many craftsmen and manufacturers integrated the Renaissance style into their creations, as Sarreguemines did here.

Many of these ornamental displays are treated realistically in form and colour palette, which is made possible by the latest technical developments. This realism is one of the markers of the ceramic arts of the period.

Scroll to top
By continuing your browsing on this site, you agree to the Cookies policy designed to optimize your user experience, generate navigation statistics, and facilitate the sharing of information on social networks. OKPrivacy policy