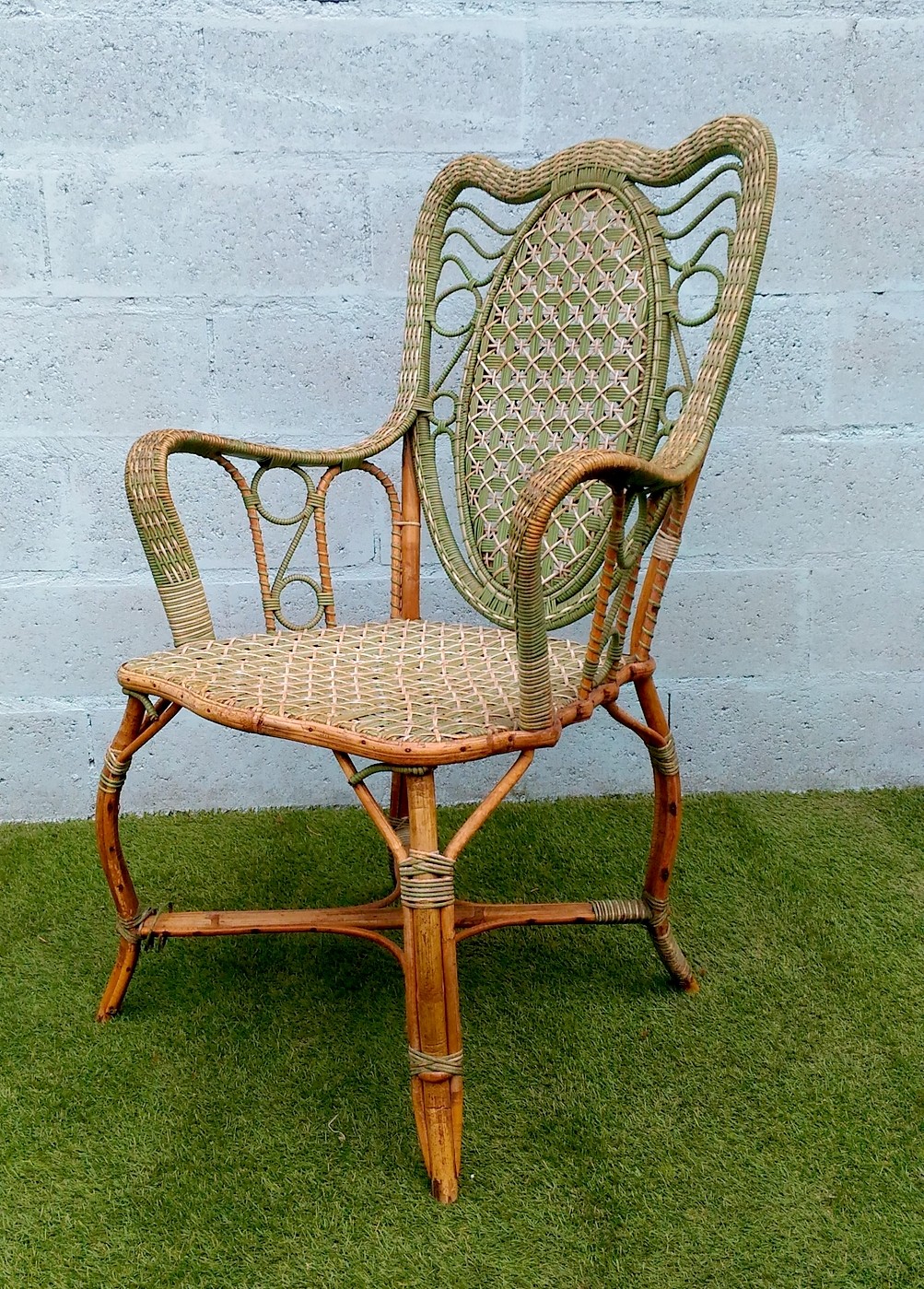 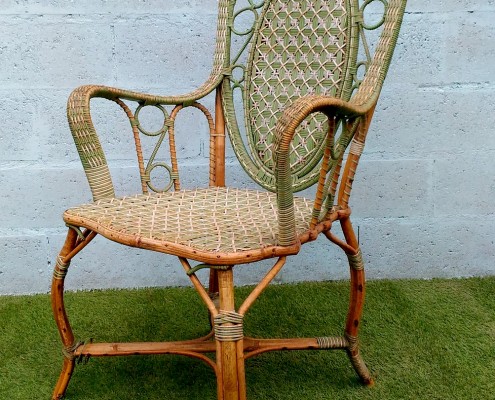 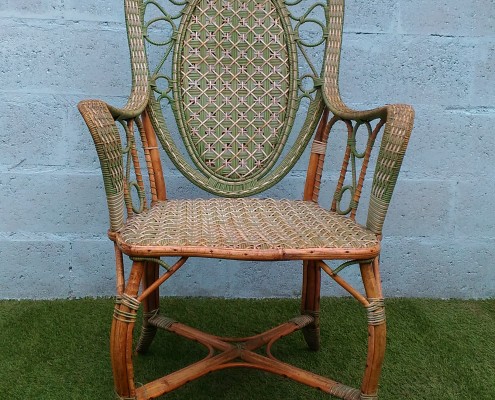 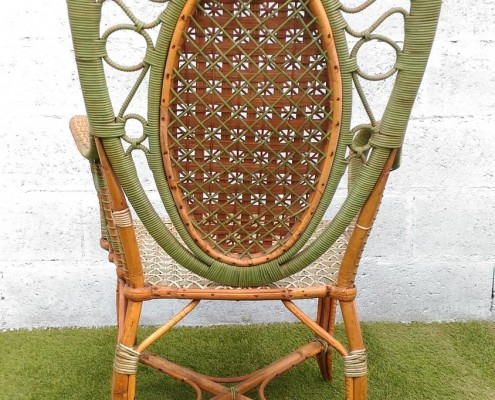 Butterfly armchair realized by Perret & Vibert, the famous french manufactory at the end of the XIXe century. Sumptuous rattan work visible in particular in the details of the backrest that recall the butterfly wings. The slender forms of this armchair illustrate the Art Nouveau style present in the early 20th century in the decorative arts in France and Europe.

The tatse for exoticism during the Second Empire explains the enthusiasm for rattan furniture. It is visible with the massive import of raw materials from Asia to produce furniture that is light and decorative. It was in this favorable context that the great Parisian houses, including the Perret-Vibert house, developed. The latter opened its doors in 1872 in Paris under the name “La maison des bambous”. The radiance of the house is dazzling and it will be rewarded several times at the World Fair.