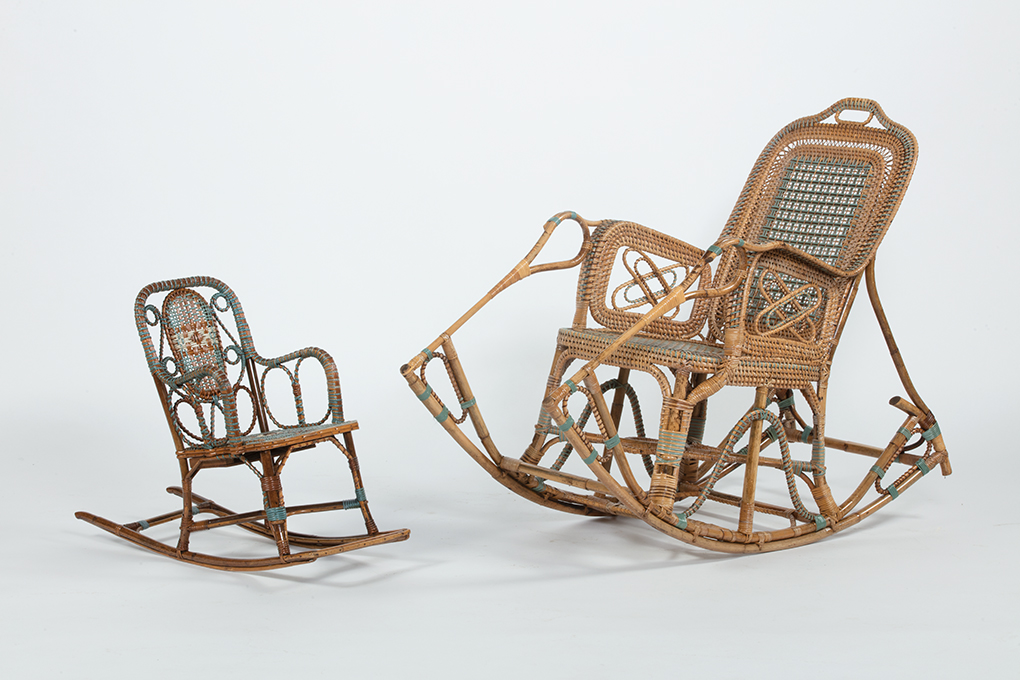 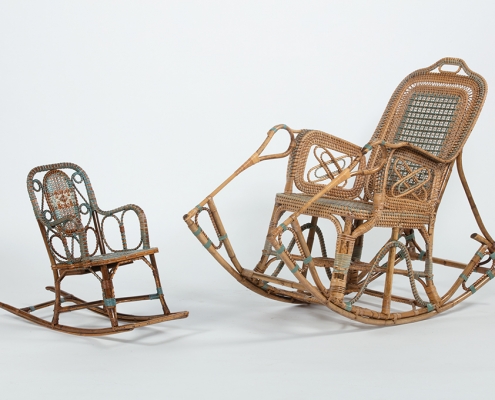 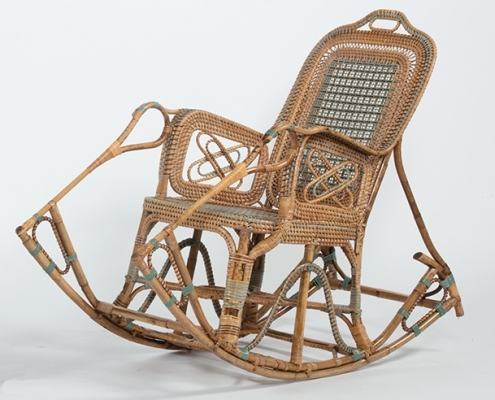 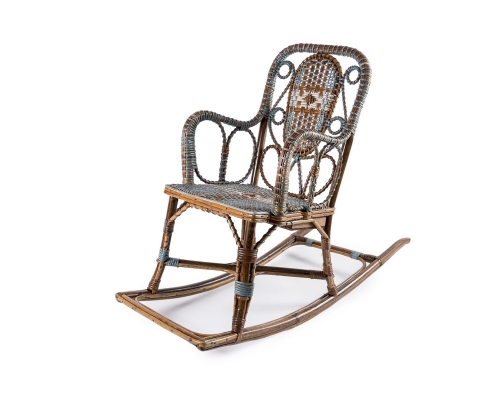 These two rocking chairs in shades of blue were made by the French manufacturer Perret & Vibert around 1880. Very prolific at the end of the 19th century, this manufacture was at the origin of many creations and various styles. These two rocking-chairs, one for adults and the other for children, have a quality of braiding and colors representative of this workshop.

The Maison des Bambous was founded by Ernest Vibert and Robert Perret in 1872. From its beginnings, it offers a variety of objects in the Chinese taste as well as many pieces of furniture, chairs and tables made of bamboo and woven rush. At the beginning of the 1890s, the company turned to trading in Asian antiques, but the company was mainly known for its creations in rattan, which are suitable for winter gardens in the city as well as for country houses and seaside villas.

Rattan furniture developed in the second half of the 19th century, especially during the Second Empire, with the fashion for exoticism. The vogue for rattan developed at the same time as the rise of tourism and the multiplication of fashionable holiday resorts. Members of the imperial family, including Princess Matilda, endowed their palaces and residences with winter gardens with whimsical decorations turned towards nature. As a result, new materials such as bamboo and rattan appeared in decoration and quickly became essential elements of a fashion that was to become an unprecedented success.