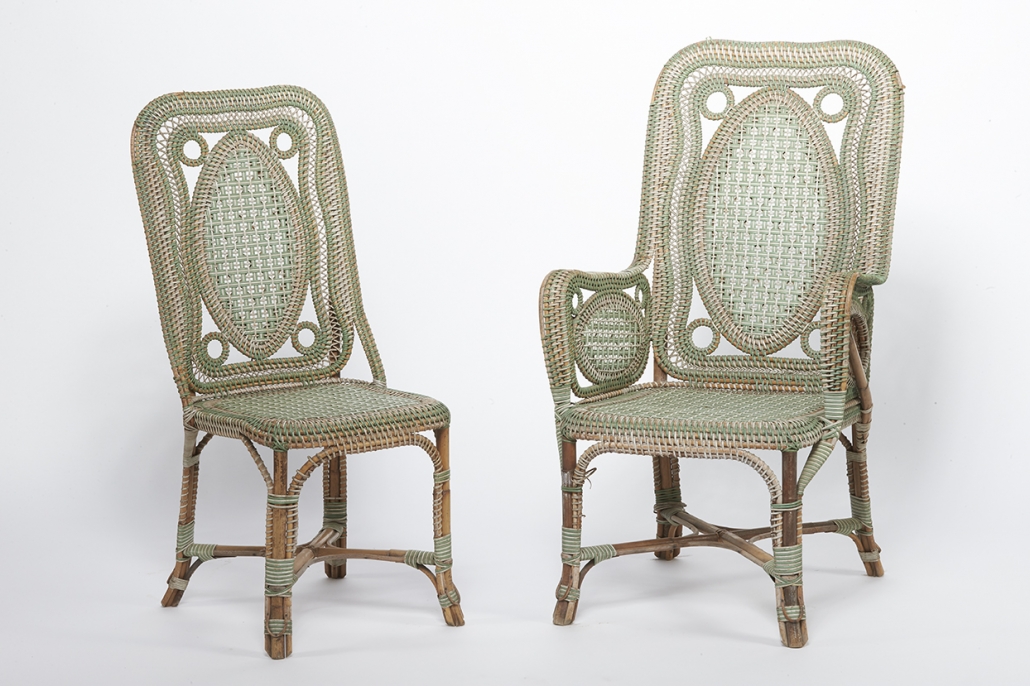 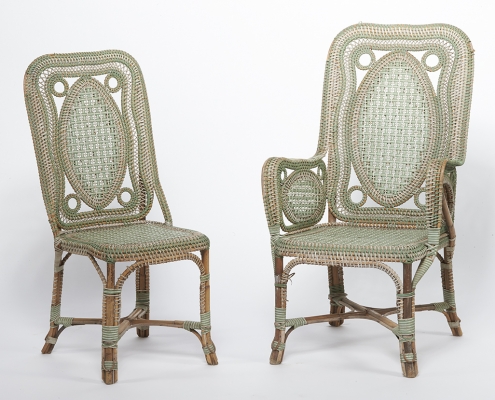 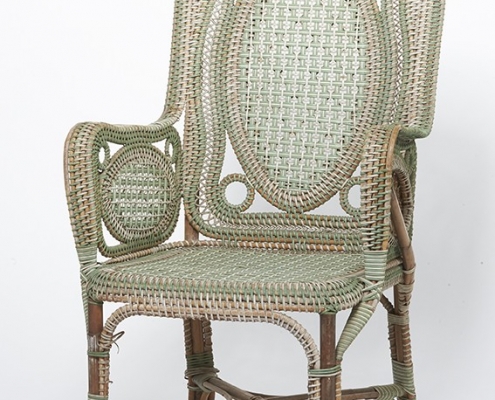 This chair and armchair made by the French manufacturer Perret & Vibert has a refined shade of green. Their style of weave as well as their color make them an elegant pair for a charming interior.

At the end of the 19th century in Europe, rattan furniture was all the rage under glass canopies and in winter gardens. This new rattan or bamboo furniture was presented at major world exhibitions, contributing to the new taste of the day: exoticism. The first sets are imported from China or Indochina. Then productions are developed in Europe, in particular the Perret & Vibert manufacture in France.

The Belle Epoque marked the golden age of rattan. The new urban bourgeois class immediately took possession of this decorative furniture, light and practical at the same time. Rattan was revived in the second half of the 20th century and regained its former greatness for some time between 1950 and 1980. Today, rattan is more than ever back on the decorative scene for its practicality, elegant simplicity and naturalness.