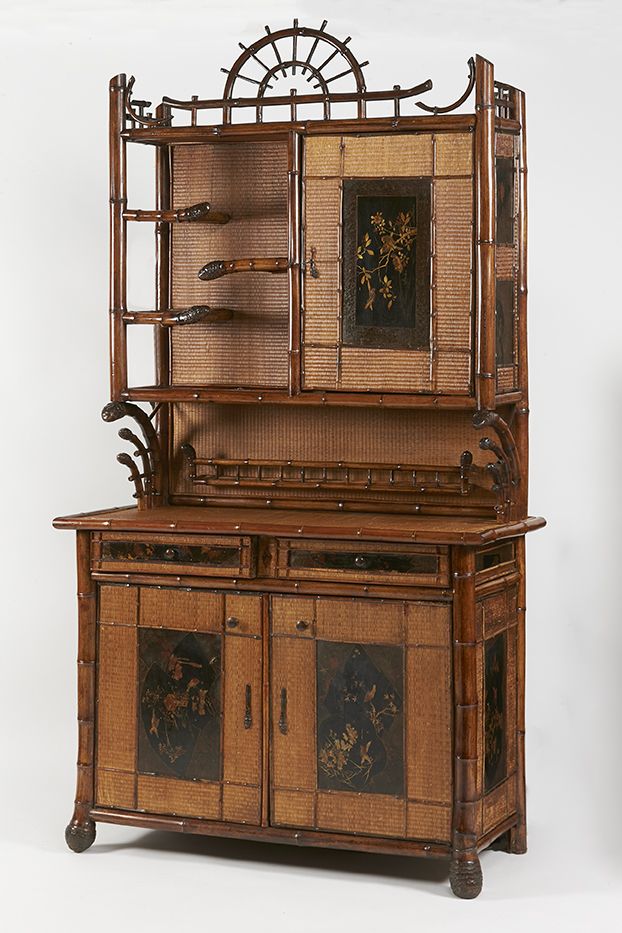 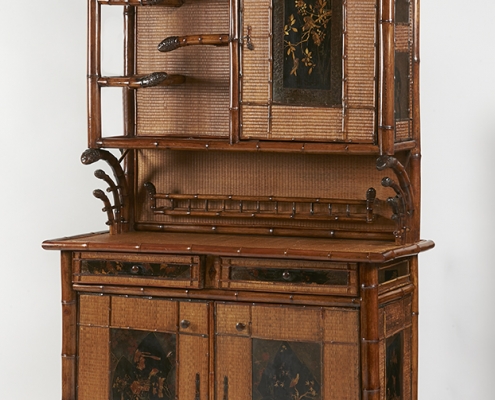 Orientalism, the science of oriental sciences and civilizations, is a word that has been attested since 1826 and deals with a world of dreams and fantasy. As early as 1704, Galland’s first French translation of the Tale of a Thousand and One Nights began the fashion for turqueries and chinoiseries. Thereafter, the taste for exotic furniture qualified as orientalist was amplified by the opening of Europe towards the East. From then on, the various European embassies travelling to the East will bring back home their memories of this fantasized Orient. The decorative arts will then receive the influence of this new opening on the world, moving from the attraction towards the west when discovering the Americas to the east and its oriental charms. The advent of universal exhibitions attracting a considerable number of visitors will open a window on the world and on civilizations formerly ignored. Thus, the exhibition pavilions will attempt to reproduce Indian or Japanese interiors in an almost identical manner. Artists and intellectuals will therefore receive a large part of their inspiration from this fantasized Orient. In addition to the decorative arts, painting, literature and fashion will also use certain oriental attributes, thus creating a real artistic emulation around this geography.