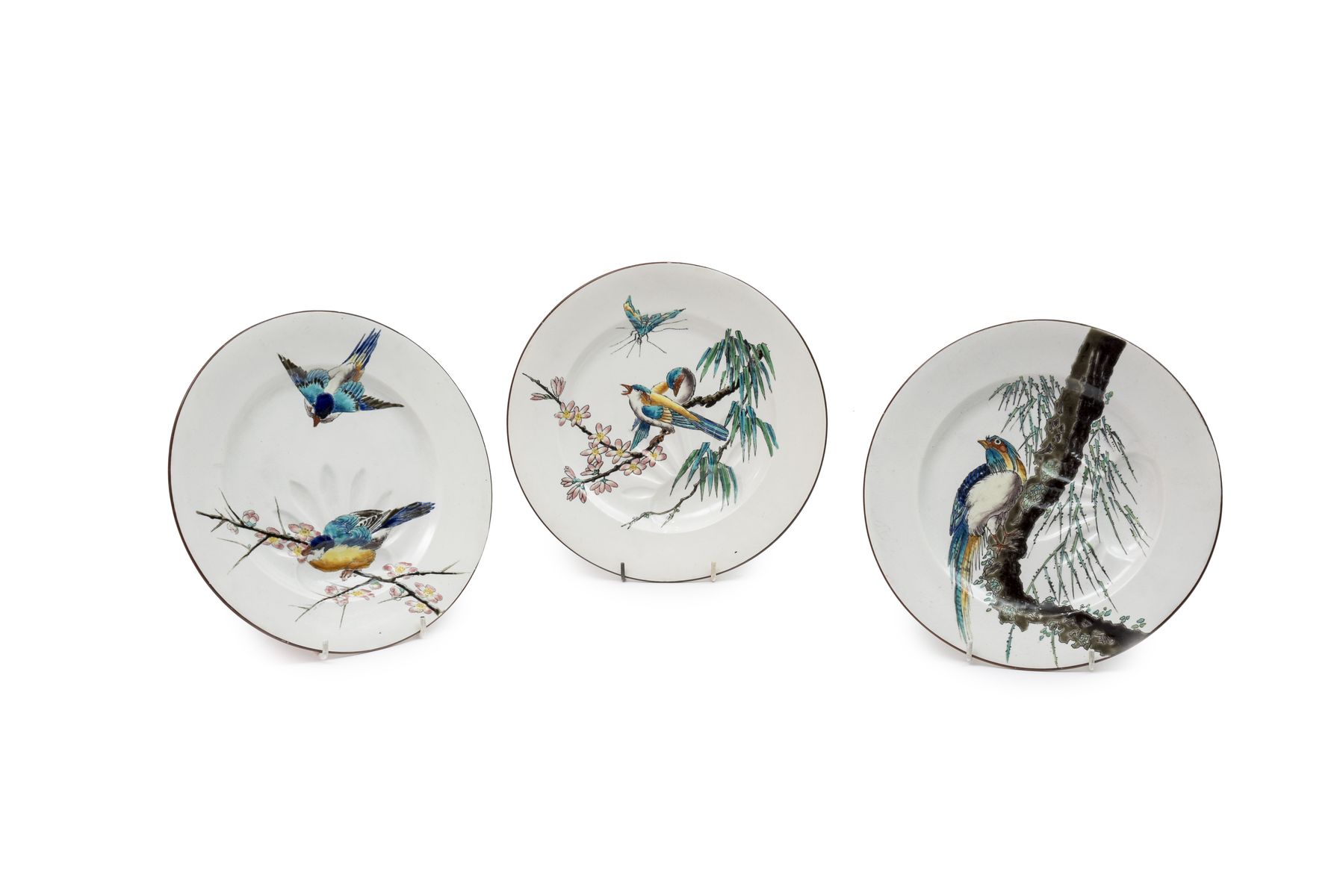 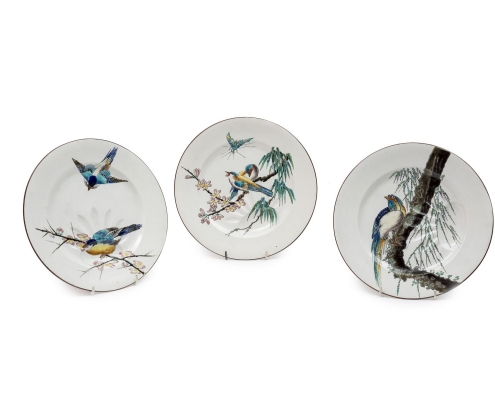 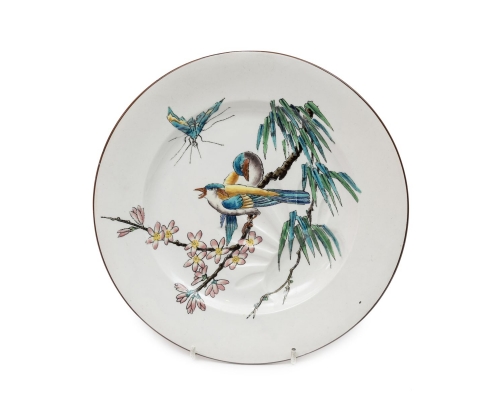 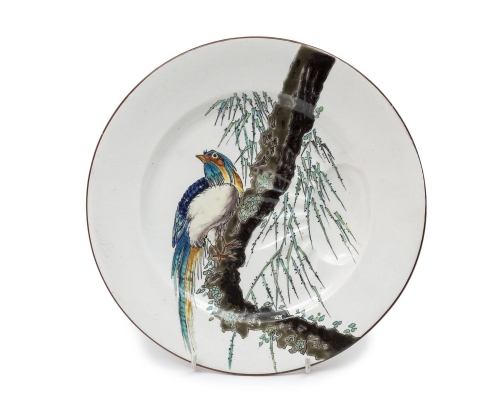 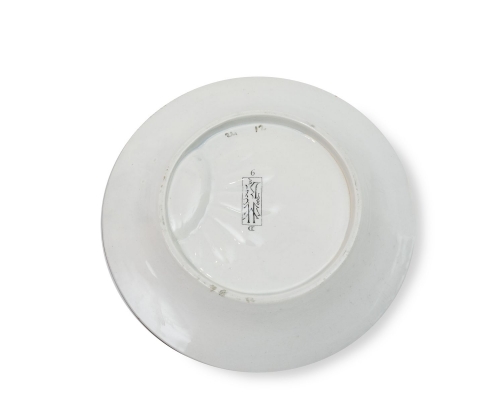 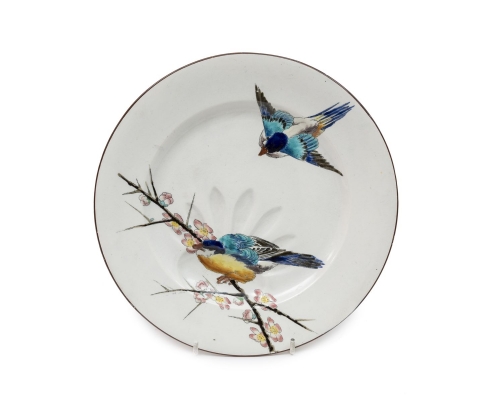 These three asparagus plates are decorated with birds. The scene depicted on this pair of quadrangular vases consists of birds about to fly away. These motifs could have been borrowed either from European pattern books or from original Japanese prints. We know that the faience factory had an extensive library from which designers and painters could find inspiration.

In 1845, Jules Vieillard succeeded David Johnston at the head of the faience factory. His role and that of his sons as directors of the factory until its closure in 1895 were decisive. Vieillard wanted to compete both with the biggest earthenware factories like Sarreguemines and Minton, but also with the smallest Parisian workshops. Thus, he created a specific artistic department whose production is mainly inspired by Persian, Chinese and Japanese motifs and forms. In terms of technique, from 1875, his sons adopted the cloisonné on glazed earthenware perfected by Eugène-Victor Collinot. In the same years, this technique also made the Longwy factory, owned by the Huart brothers, very famous.

Vieillard participated in various exhibitions and won a prize at the 1878 Universal Exhibition in Paris. In 1878, the quality and richness of his exhibition were particularly appreciated by art critics.