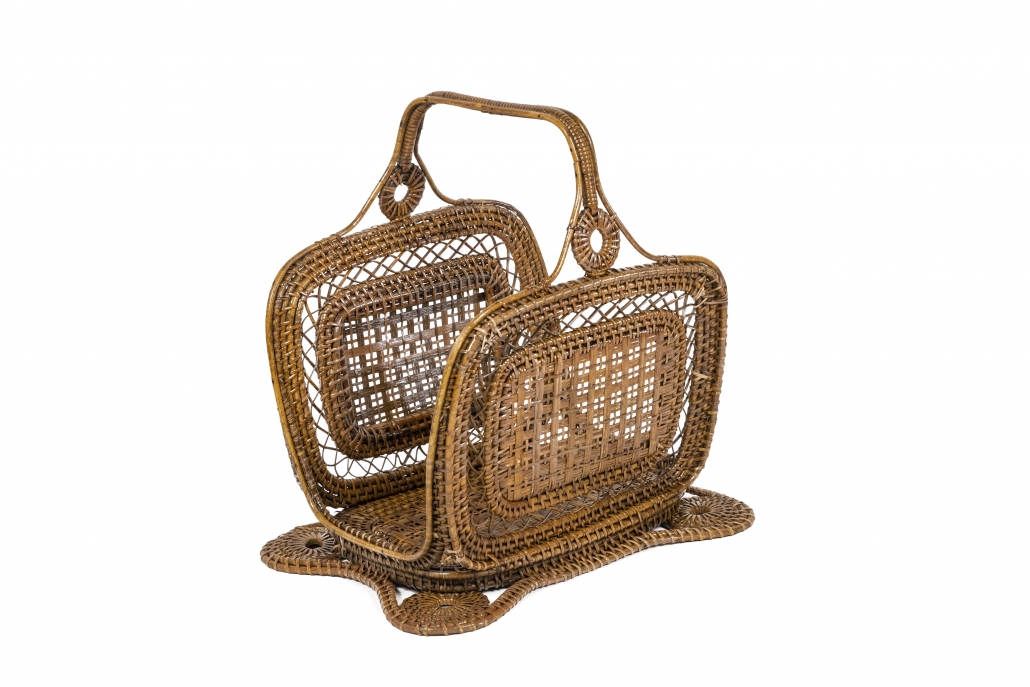 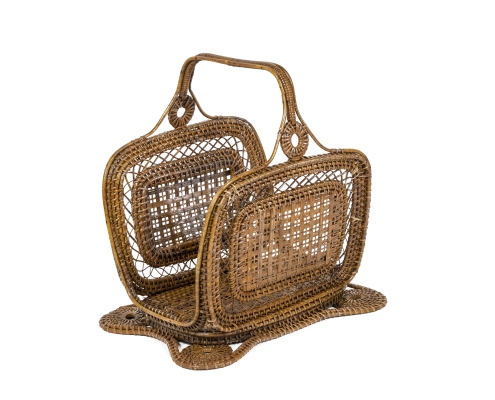 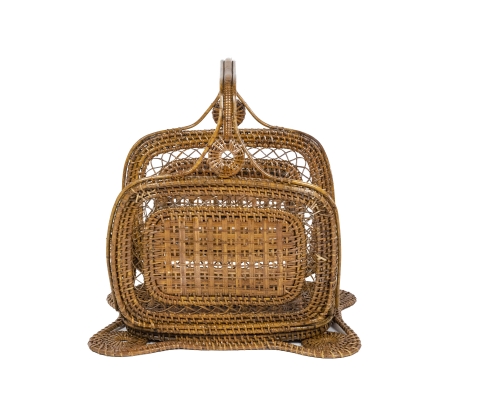 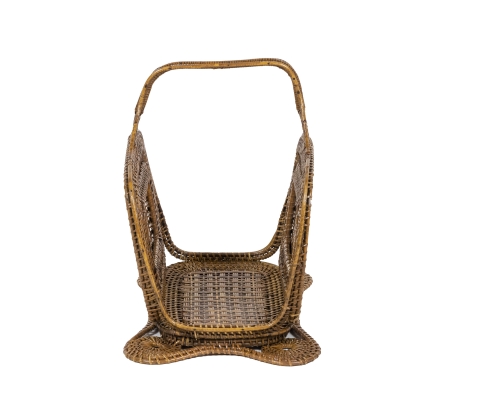 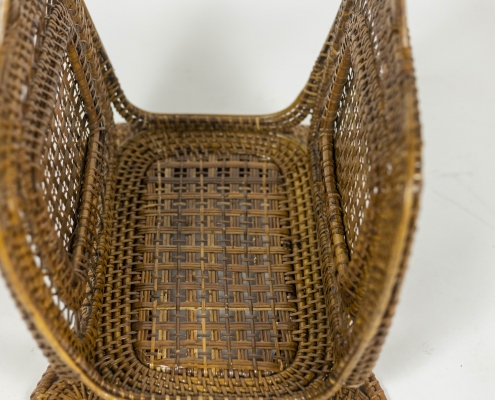 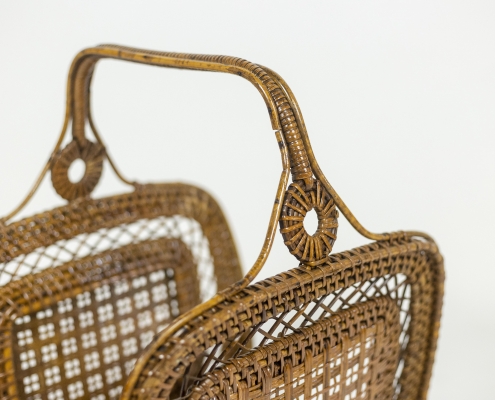 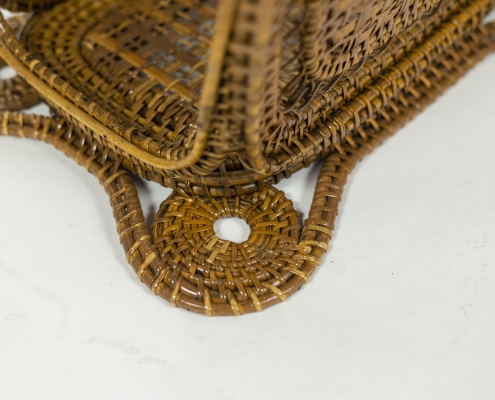 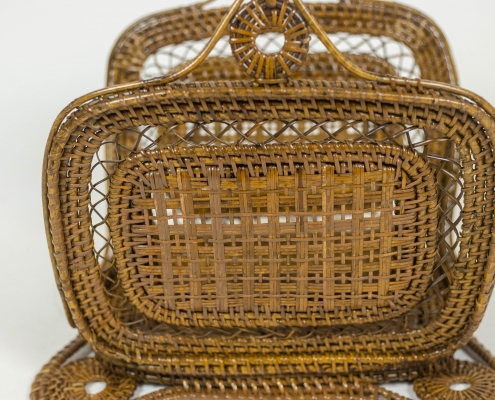 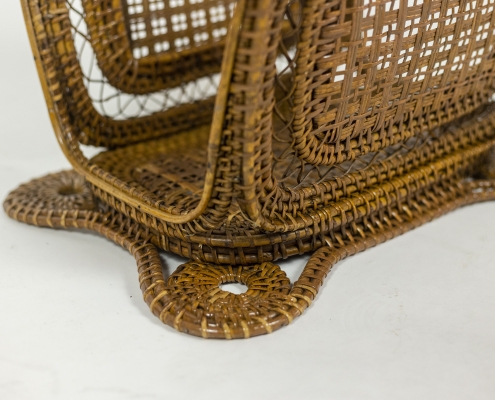 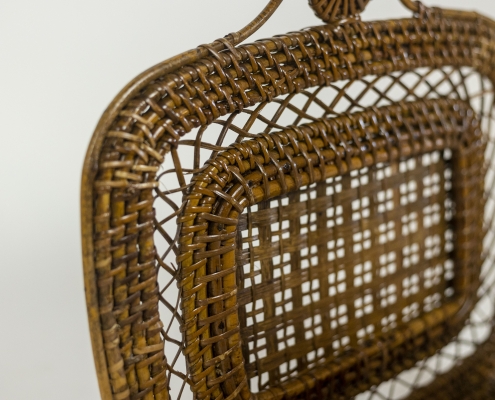 This rattan firewood holder is handmade at the end of the French 19th century. Its vintage and natural style gives it warmth and timelessness.

Rattan furniture developed in the second half of the 19th century, especially under the Second Empire, with the fashion for exoticism. New materials such as bamboo and rattan appeared in decoration and quickly became essential elements. After an eclipse under the Empire and the Restoration, caning reappeared under Napoleon III and was a resounding success. The Second Empire saw the manufacture of caned seats on frames made entirely of rattan. Around 1900, this furniture took off with the decision of several French manufacturers to import raw materials from China and Indochina on a massive scale, in order to produce furniture that was ever lighter and more decorative.