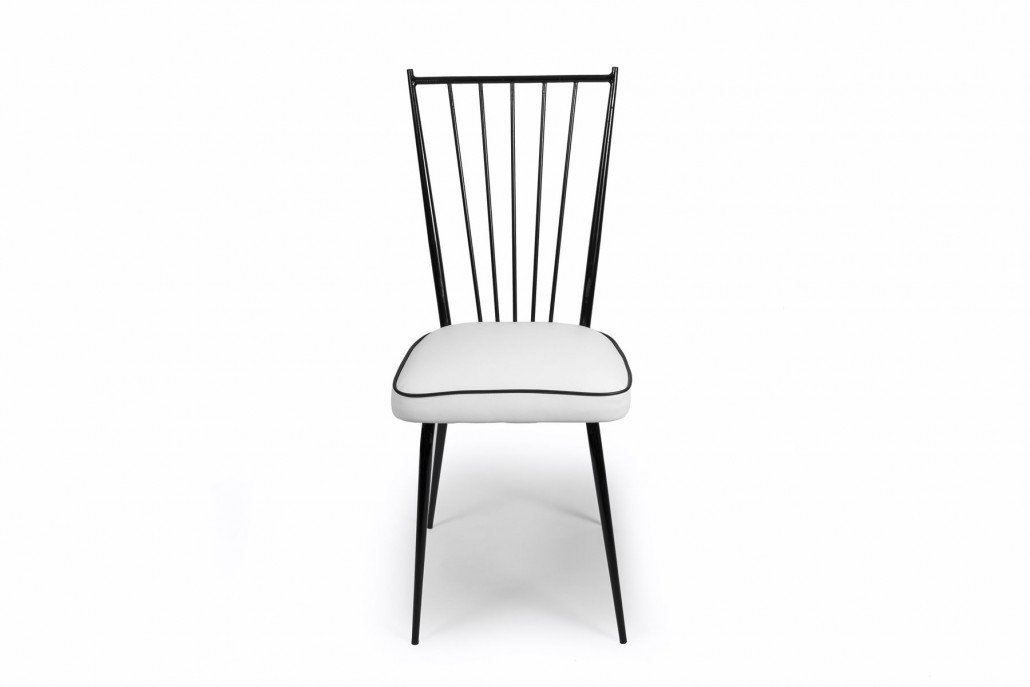 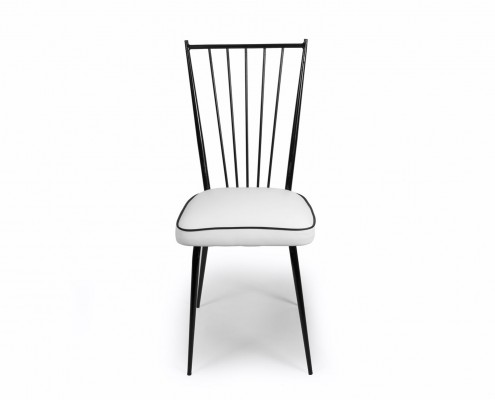 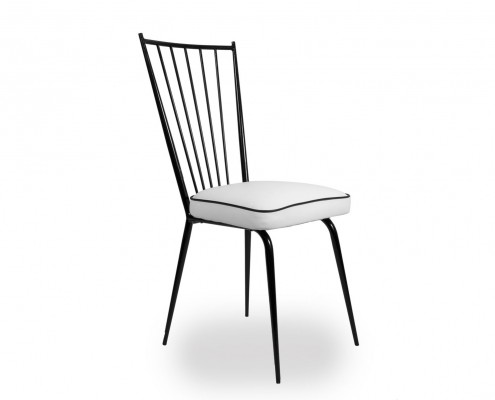 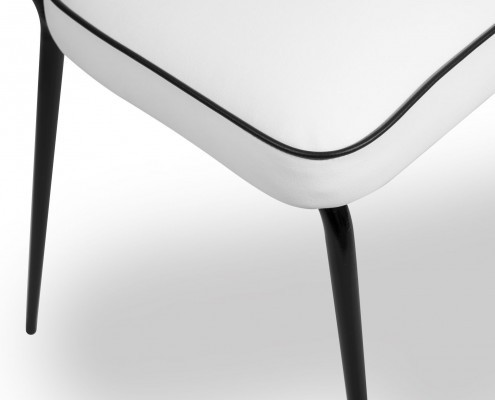 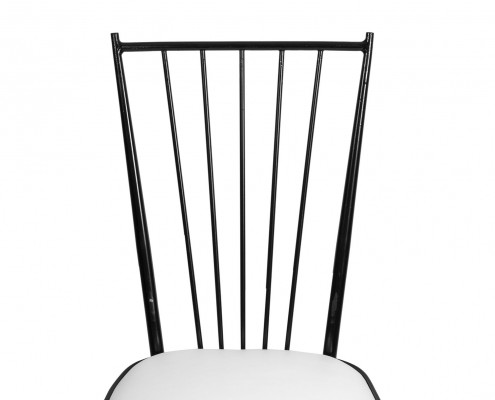 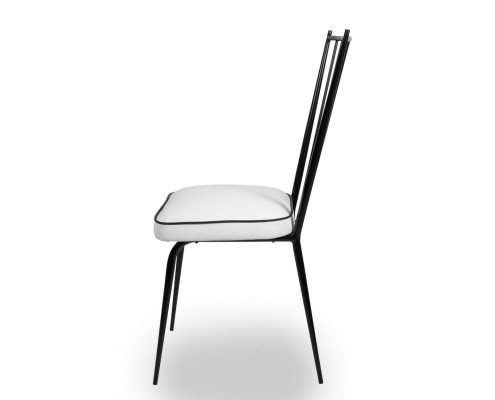 Duringt the 50’s, Colette Guduen, a French designer, gaver birth to this rare set comprising numerous seats (upon resquest). It was bought for a fashionable restaurant that chose to decorate everything in the modern taste.

The graphic composition is typical of the purified drawings of Gueden. The chairs are set upon thin straight lines, typical of her manner, which blends naturally into the 50s fashion. The structured lines of the seat are a matrix invented by Colette Gueden on which she changes some elements to develop variants

Colette Gueden also designed beds, day beds, furniture such as wardrobes and tables. She works with various materials, including ceramics (on him, series of female busts, horse heads, etc.), metal (mainly for seats), bamboo and oak, which are found repeatedly in his production edited by Primavera. Active in the 1920s, Colette Gueden worked extensively with the Atelier Primavera, which published its models from 1927 until she retired.

The creation of the Primavera workshop is the result of the meeting of two people: Pierre Laguionie, young co-manager of the Grands Magasins du Printemps and René Guilleré, lawyer with a brilliant personality. Both are convincing supporters of the theses advocated by progressive young decorators: 1. unity of art, 2. the need for the emergence of a modern style free of historical styles, 3. necessary collaboration between artists and industrialists, 4. urgency to disseminate products inspired by the new decorative aesthetic in the wider layers of society.

Young progressive artists are encouraged. The workshop buys and raises famous potteries that were in decline, such as Longwy. They thence conform to the needs of Guilleré and his wife, a young decorator at the head of the Primavera workshop. The workshop is successful and has nearly 10,000 models just 10 years after it opened. Its leitmotiv: “seductive objects in limited edition that are cheap.” To sell its new products, Primavera needs notoriety. It participates in the Printemps catalog, since 1922.

From the Exhibition of Decorative Arts in 1925, Primavera asserts its modernity and precedence over its competitors is no longer in doubt. Primavera becomes synonymous with modernity. In 1927, it was the turn of the young Colette Gueden to integrate the workshop and maintain this modernity. Her destiny becomes inseparable from Primavera, that she leaves only for her retirement.

The metal structure was lacquered in black to find the original appearance, and the galette trimmed in white sky with black piping.

Pair of vintage round armchairs
Scroll to top