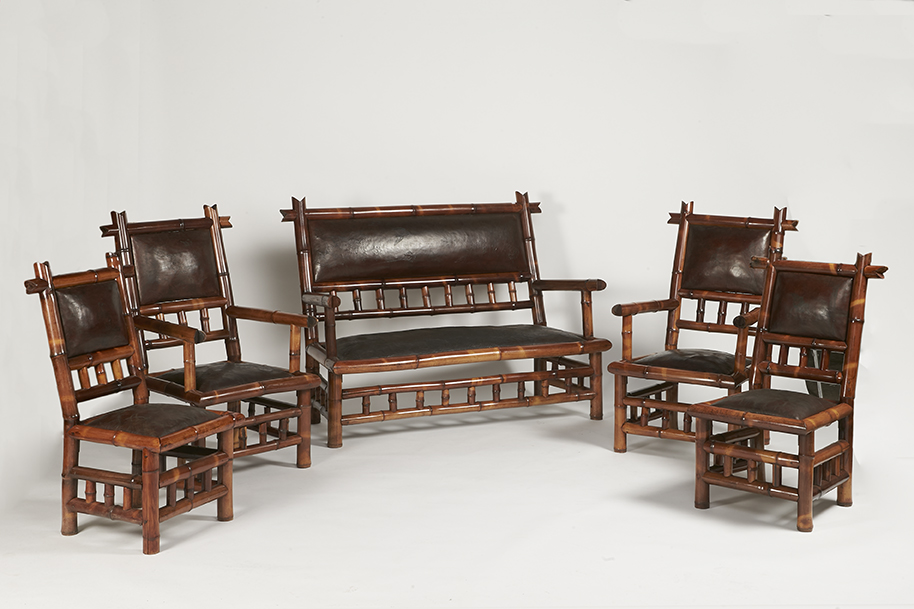 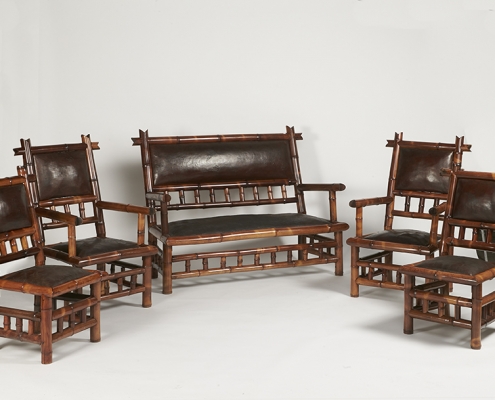 This Perret and Vibert set in bamboo frame and leather seat and back is composed of two armchairs, two chairs and a bench. It is made of bamboo branches. The legs are gathered by two parallel bamboo branches with other branches placed vertically. This model is repeated under the backrest. The top of the backrest ends on each side with the parallel and vertical junction of the bamboo ending in two points. This ensemble is reminiscent of Asian furniture, illustrating the appeal of the Far East repertoire to the West.

But the company is mainly known for its creations in rattan, which is suitable for winter gardens in the city, as well as for country houses or seaside villas. The company is present at numerous exhibitions and regularly wins awards for these “graceful and original” models, of which “there is only the embarrassment of choice”. The House of Bamboo won an award at the international exhibition in Moscow in 1891, won a gold medal at the horticultural competition of the city of Paris in 1893. It is present at the colonial exhibition of Lyon in 1894 where is presented “a very rich collection of inlaid bamboos”.

Bamboo and marquetry sideboard – Perret & Vibert, circa 1880
Scroll to top
By continuing your browsing on this site, you agree to the Cookies policy designed to optimize your user experience, generate navigation statistics, and facilitate the sharing of information on social networks. OKPrivacy policy