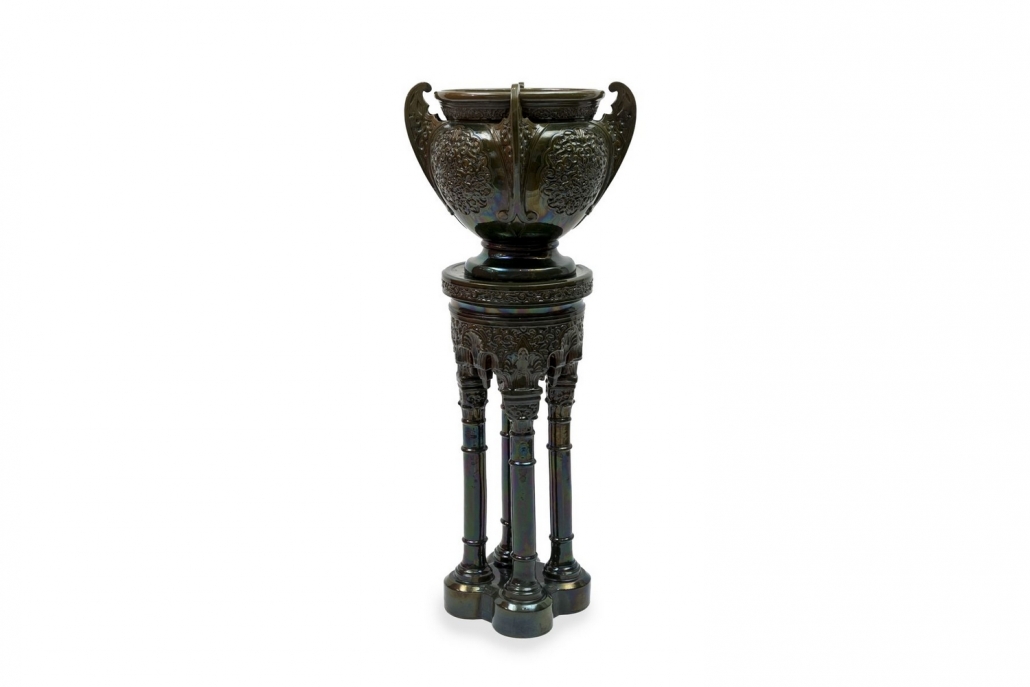 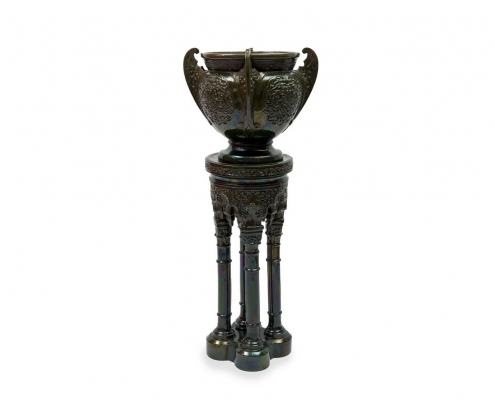 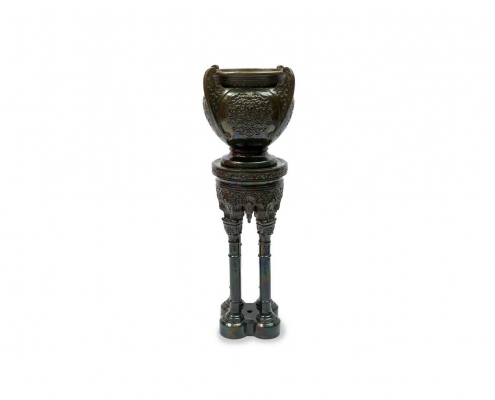 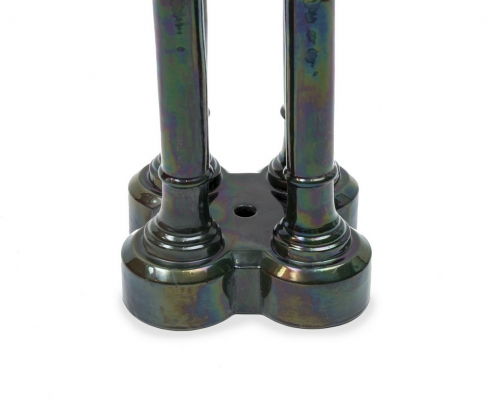 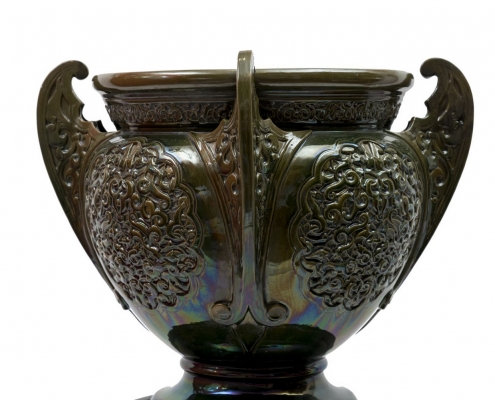 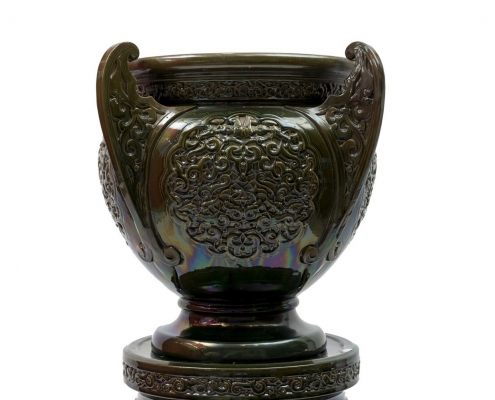 This bowl on a support with four columns is a testimony to the eclecticism in the decorative arts at the end of the 19th century. Clément Massier (1844-1917) proposes here a spectacular model which revives the splendor of Hispano-Moorish ceramics. Indeed, the base formed by four columns, topped by openwork capitals supports a poly-lobed arcature that recalls the Andalusian palaces with their harmonious and polychrome decorations. The circular bowl is decorated on the body with interlacing motifs in relief forming arabesques.
Appearing in the sales catalog published at the end of the 19th century from the collections of Clément Massier, this model known as the “Alhambra” is among the most ambitious pieces of the ceramist. It is also one of the works that refers in the most majestic way to the Hispano-Moorish style.

The Massier family has been established in Vallauris since the 18th century with Pierre Massier (1707-1748) recognized as a master potter. It was not until the following century that an art ceramics appeared that favored aesthetics over utilitarian aspects.

Delphin and his brother Clément (1844-1917) and then their cousin Jean-Baptiste dit Jérôme fils (1850-1916) are at the origin of this development. The Massiers owe this new orientation to the systematic use of plaster molds – which allow the diffusion of models – and to the use of glazed earthenware which allows a varied palette of colors. Delphin and Clément worked in the same workshop at their beginnings and presented their joint creations at the 1883 Universal Exhibition in Amsterdam before each following his own path. Jérôme started to create a factory in Vallauris just like the other members of the family.

Delphin opens several points of sale in the region: in Nice, Cannes and Menton. His brother Clément and his cousin Jérôme spread their models as far as Paris or Berlin. The Massiers met with great success thanks to this commercial dynamism and took part in the major exhibitions of their time, such as the 1889 Universal Exhibition or the 19th century Salons.
With the development of the railways and the attraction of the bourgeoisie for the French Riviera, the Massier family enjoyed an influx of visitors. Queen Victoria, Emile Zola, George Sand or Victor Hugo made expensive purchases which contributed to the fame of the factories.
The production of the Massier is very varied both in shapes and in the choice of colors and techniques used. Fascinated by history, they are inspired by the different eras of the past without neglecting a naturalist approach. Thanks to incessant research, they develop the technique of metallic luster inspired by the Hispano-Moorish ceramics of the Renaissance.