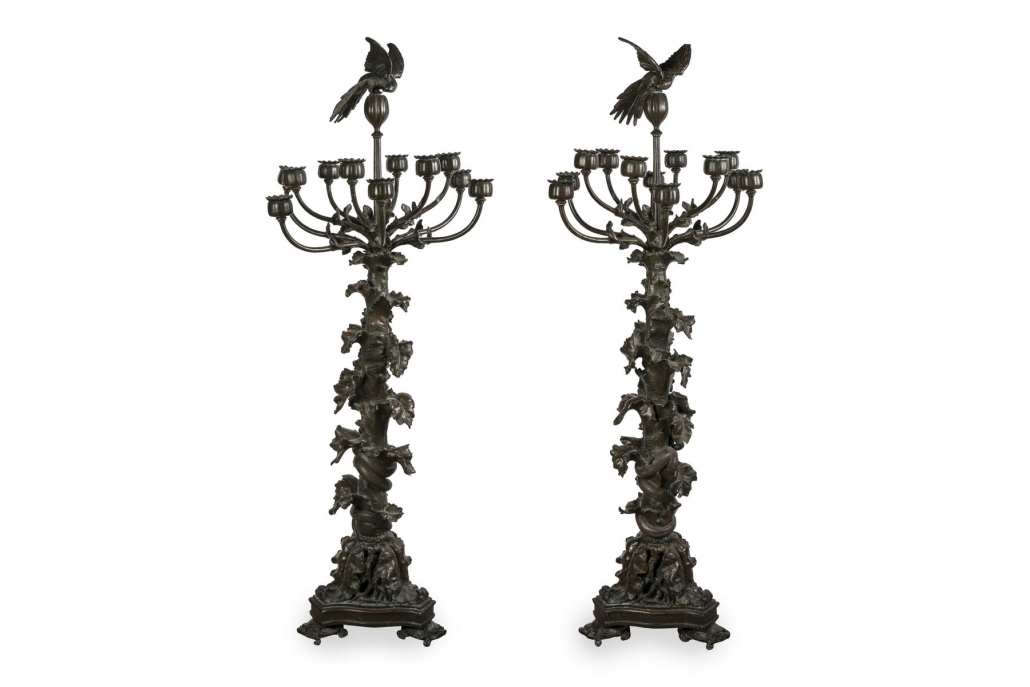 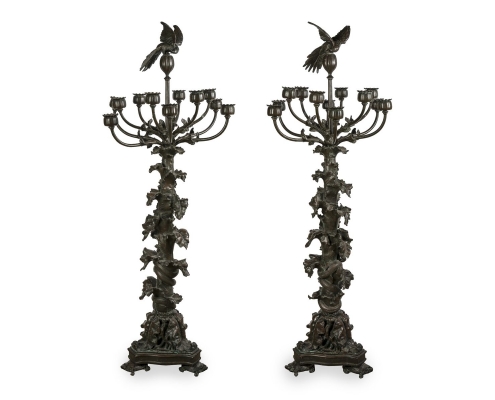 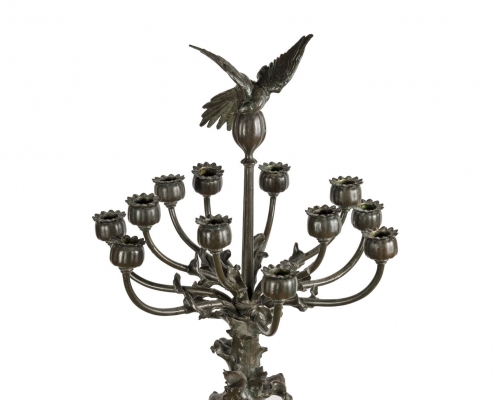 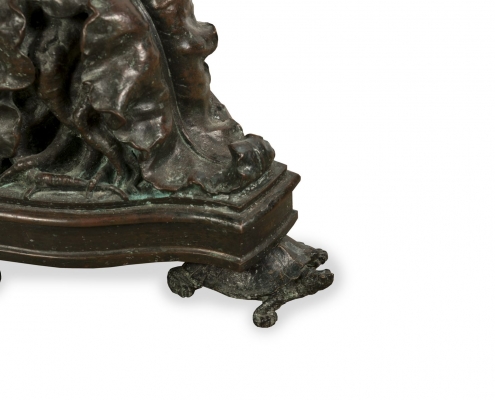 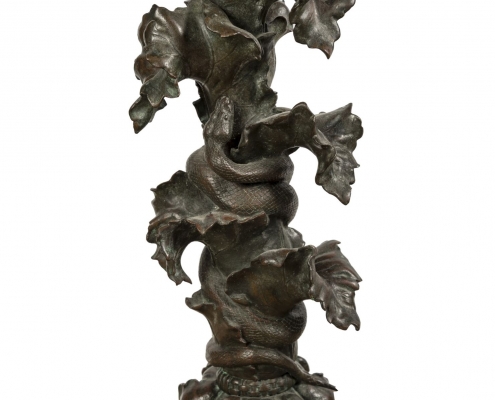 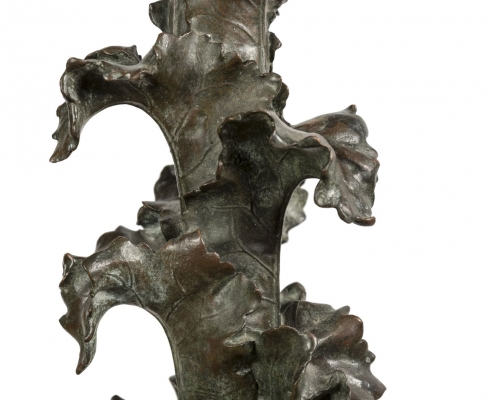 Large pair of bronze candelabra with a brown patina, composed of a stem decorated with poppy leaves skillfully shaped and detailed. The large tortuous leaves fall to the triangular base of the candelabra, which is supported by three turtles.
Between the leaves and coming out of the poppy roots crawls a very finely carved snake, wrapped around the stem of the candelabra.

At the top of the stem are the twelve arms of light with poppy-fruit-shaped hooks. The bobèches represent the petals with realism. The subject was probably chosen by the sculptor to evoke the night. He thus evokes the function of the object he creates through its ornamentation. The candelabra are lit to chase away the darkness of the night. The poppy is considered to be the flower of night and sleep. It has therefore been found since the end of the 18th century in decorative arts on candelabra and beds (see Juliette Récamier’s bed at the Louvre Museum).

On the central axis is perched a parakeet flapping its wings, treated with equal realism. The subject is more exotic. On both candelabra, the parakeet is identical, from the same mould.

Antoine-Louis Barye (1795-1875) was famous for his animal sculptures. In 1838, Ferdinand Philippe d’Orléans’ favourite sculptor decided to produce and market his works himself. It thus maintains a quality that meets its requirements, while many of its competitors do not hesitate to sell their models in Susse’s and Barbedienne’s shops.

Antoine-Louis Barye is one of the sculptors who willingly produced furniture bronze models. He put as much energy and creativity into his furnishing bronzes as he did into statuary art. Proud of his models, he did not hesitate to publish and exhibit them. Barye’s ornamental bronzes were highly appreciated by critics. James de Rothschild fully shared this feeling and acquired a pair that was placed at the Château de Ferrières.

From 1845, Barye abandoned the stamping and numbering of his casts. After 1850, the stamp and numbering were affixed on request. According to the Catalogue des sculptures de Barye, no stamped bronze dated after 1857 would be known.