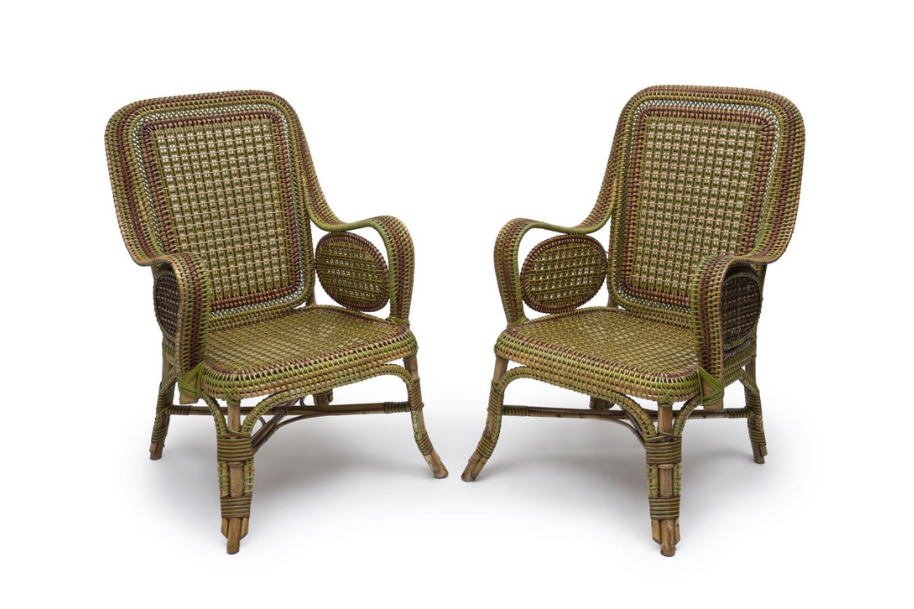 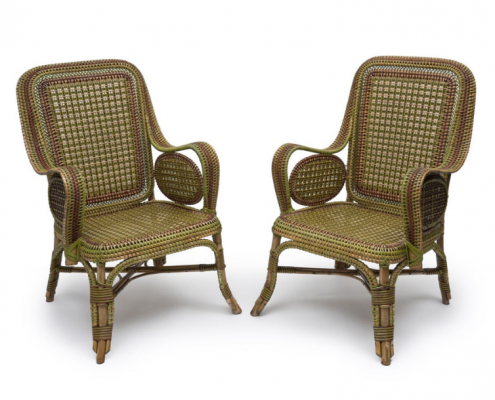 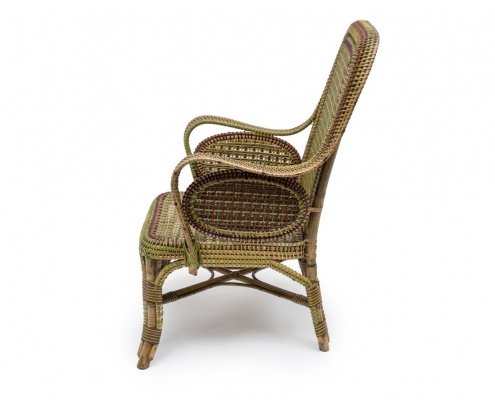 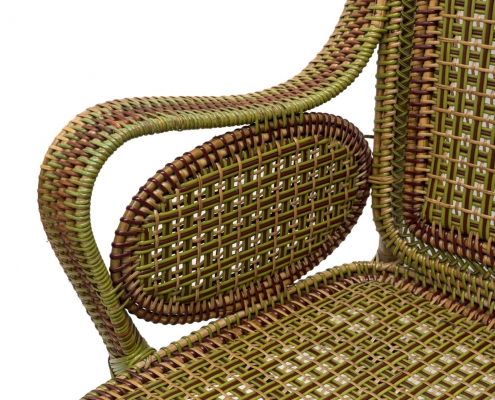 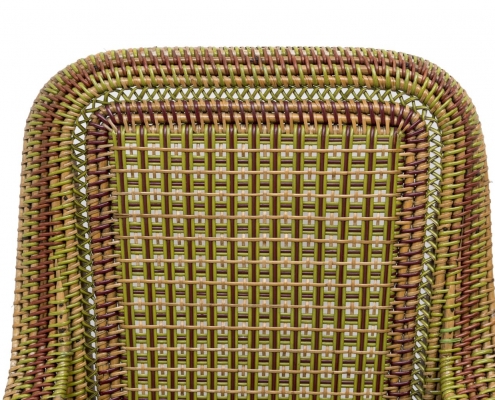 Pair of rattan armchairs realized by Perret & Vibert Manufactory at the end of 19th century.