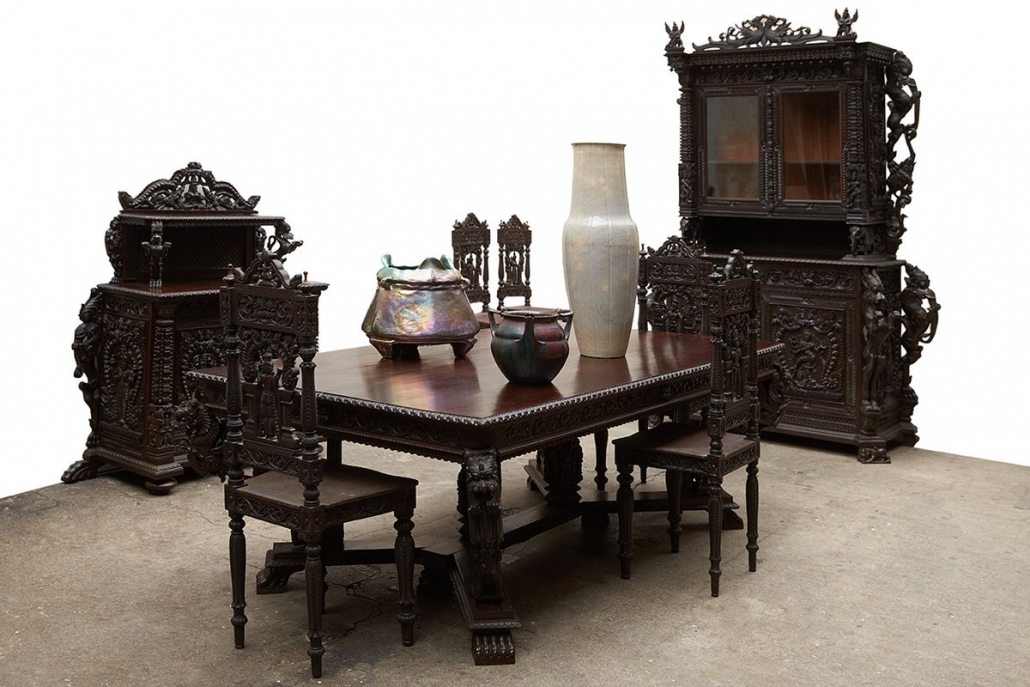 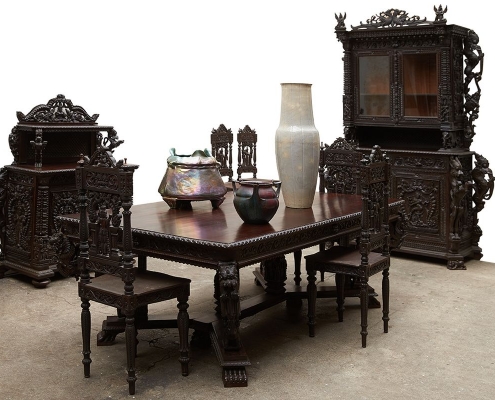 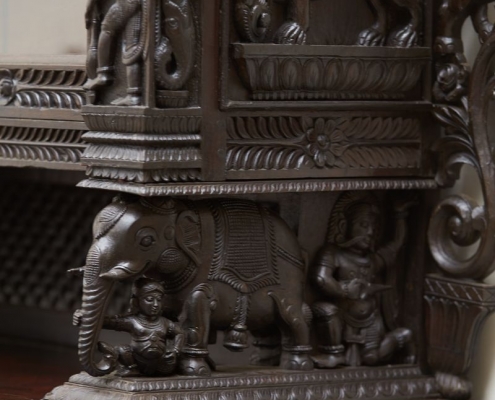 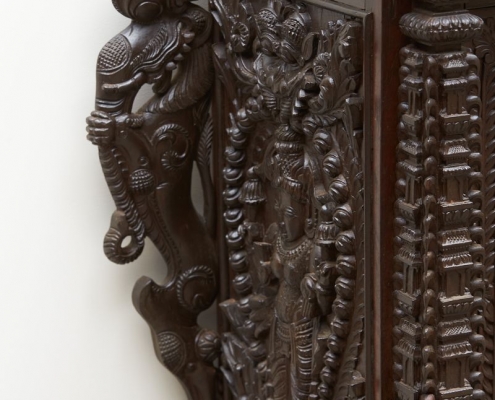 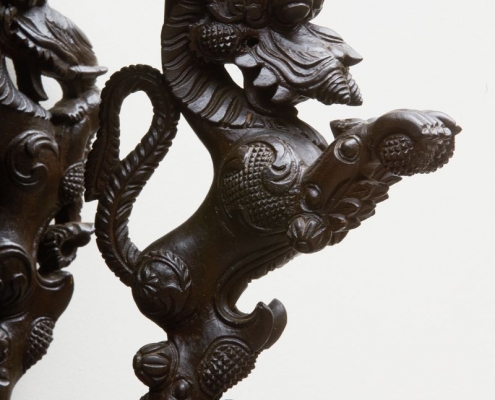 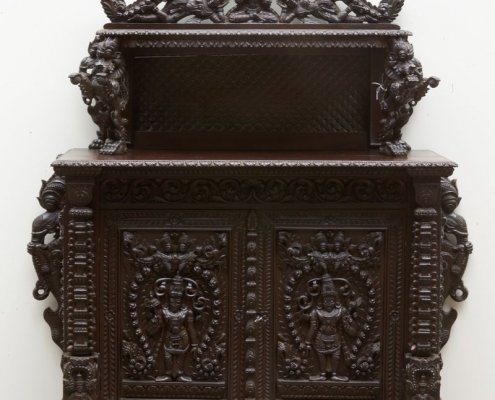 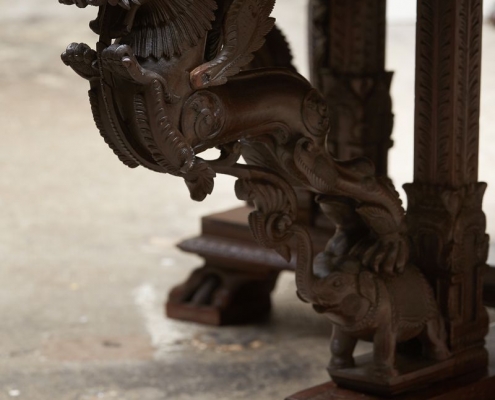 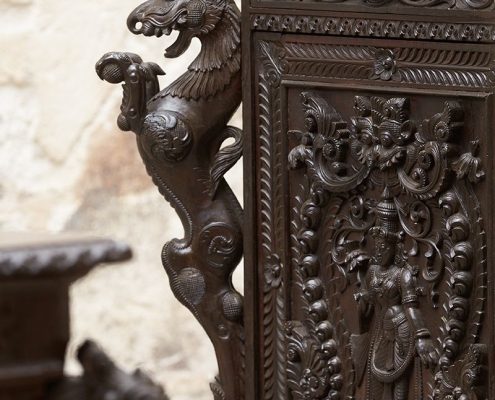 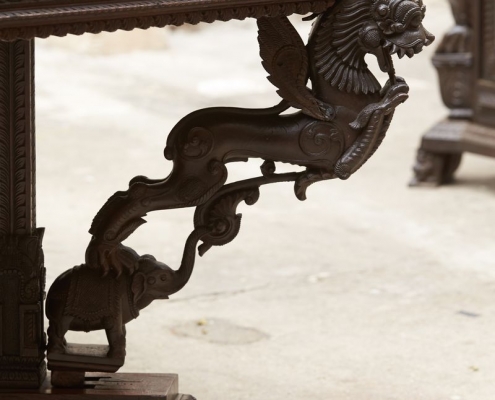 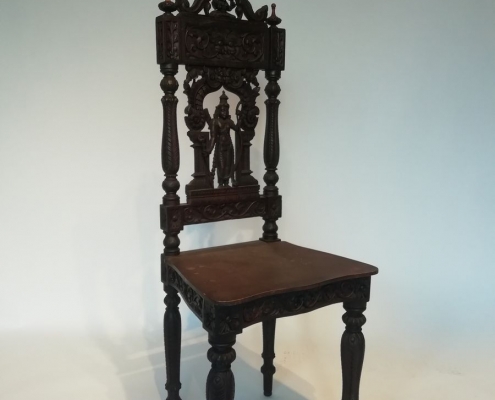 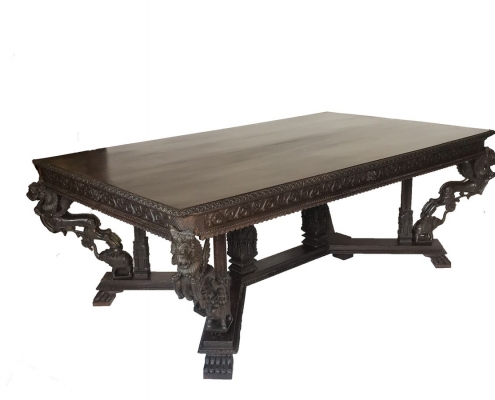 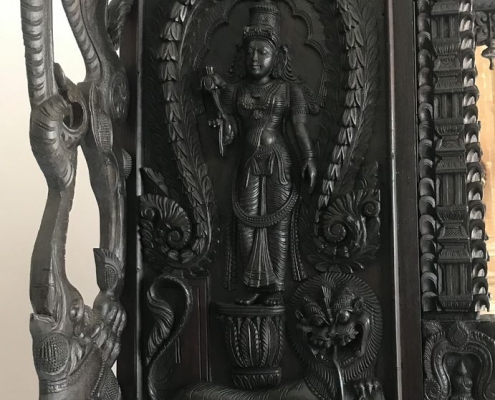 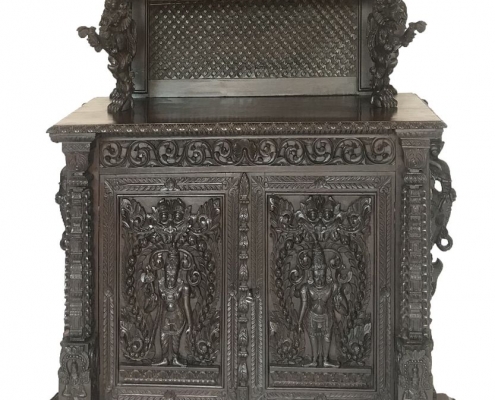 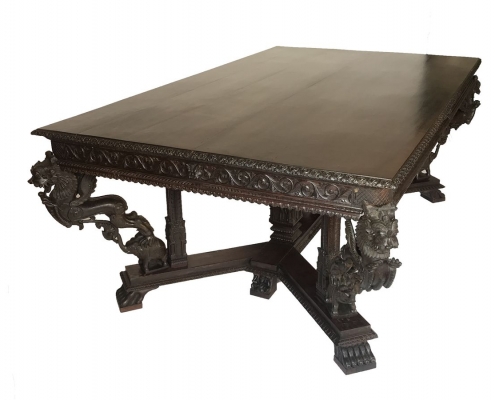 Set of furniture in palissander, richly carved, comprising à buffet, a table, a credence, ten chairs, realised for Edmond Gaudart, last honorary governor of the French India in Pondichéry, circa 1908.

This set of furniture designed for a dining room transports us to the Belle Epoque in the South-East of India, on the former lands of the Mogul in Pondicherry (Vedhapuri).

The territory of Pondicherry made its entry into the kingdom of France in 1673. The Compagnie des Indes Françaises was then ceded this coastal enclave.

The city remains under the direction of a French governor and stands out from the Mughal power. Envied by the English, it is sacked but remains in the hands of the French. With India under British control, it is the only French enclave in the Indian subcontinent. Pondicherry thrives and serves as a relay to French Indochina.

It is in this city several thousand years old that during the Belle Epoque was established the honorary governor of the Indian colonies: Edmond Gaudart (1859-1942).

To show his rank, E. Gaudart had his home arranged and ordered for his reception dining room a magnificent bithwood furniture, a local rosewood shade darkened by a finish with coconut oil. It is the work of the best local craftsmen, trained at the School of Arts and Crafts of Pondicherry, broken with the decorations Hindu (divinities on the doors of the furniture and on the backs of the chairs) and Buddhist of the Far East (monsters Qilin on the feet of the table) populated with sensual figures and exotic animals (elephants on the supports and on the bases) carved on neo-Renaissance-inspired racks (credence, buffet, large dining table and 10 openwork chairs).

It is necessary to imagine this furniture placed in an exquisite decoration of mural sobriety, nested in the immense neoclassical colonial residence which is the palace of the government of Pondicherry.

With this brilliant furniture, breathtaking by its opulence and its provenance, we travel the paths of history and beauty. Remember that it was created at a time when the exotic taste was turning to India, giving birth to operas such as Lakme, Leo Delibes.