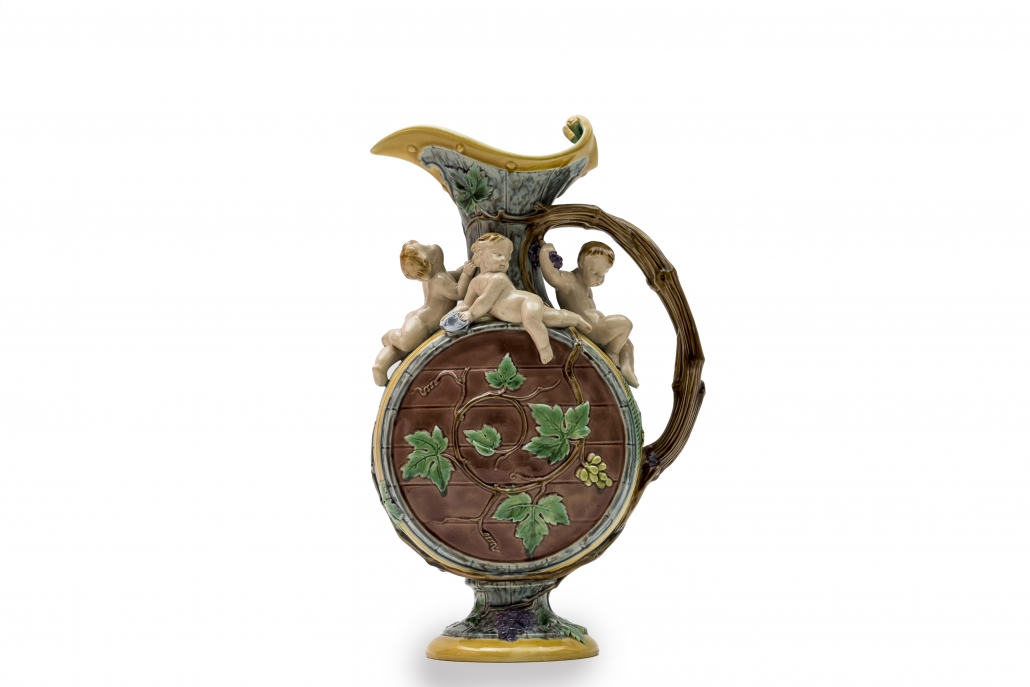 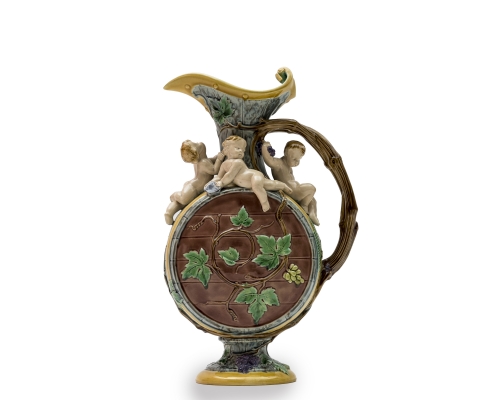 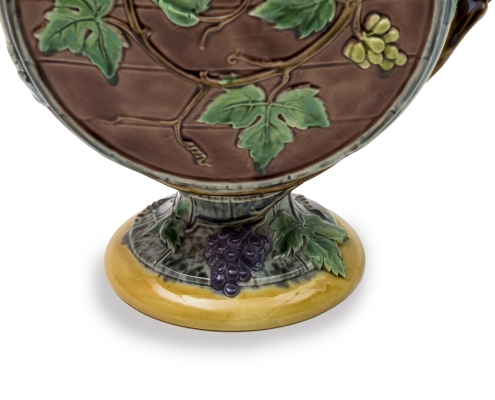 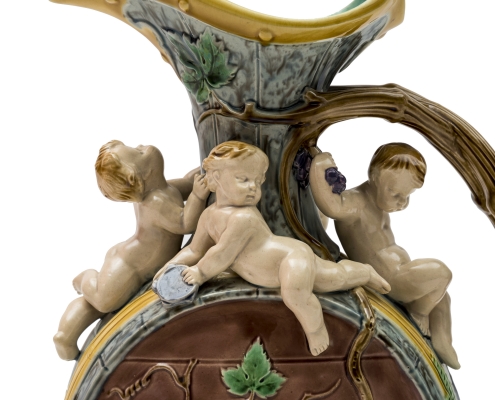 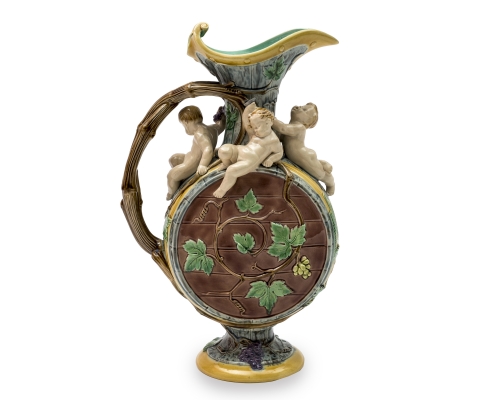 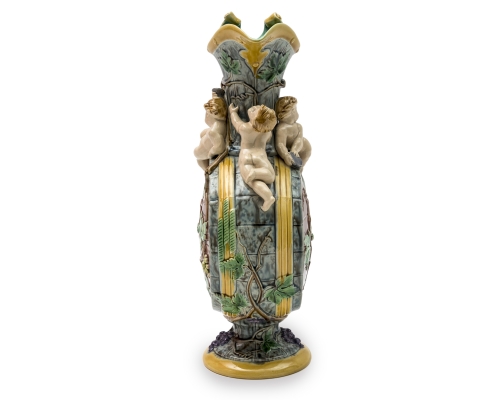 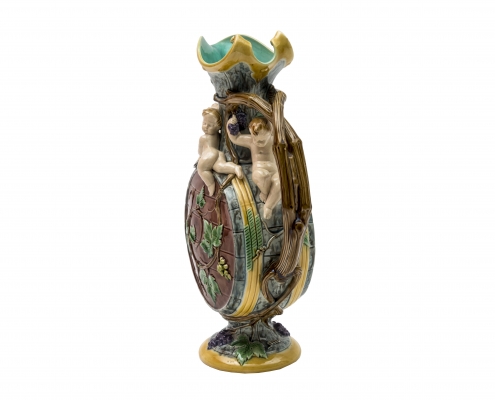 The ewer of the grape harvests has a decor in the fashion of her time, evoking its function through the decorative repertoire that constitutes it. Thus the content of this ewer can only be wine. Indeed, the belly of the ewer is made up of a barrel giving birth to the handle that joins the neck by dividing into two branches.

On the neck, four putti illustrate the theme of a wine party. One putto picks the grapes, the other holds his tambourine to animate the party, a third waits for the elixir to be poured out, scrutinizing the vase neck with great attention. The last puts his cup on the head, obviously already a bit drunk.

The colors chosen are those that are usually found on this piece. Everything is treated with naturalism. We recognize the quality of Minton’s color palette and its typical blue-green appearing inside the piece.

An identical piece is in the Museum of New Zealand (Te Papa Tongarewa).

The Minton manufacture was founded in 1793 by Thomas Minton (1788-1836). The production focuses then on the realization of earthenware with blue and white printed decoration.

Thomas Minton joins his sons in the company: Herbert and Thomas in 1817. It is Herbert who is given sole responsibility for the direction of the manufacture on the death of his father in 1836. Under his control, the manufactory knows an unprecedented boom . His nephew, Colin Minton Campbell took over the torch in 1858.

The manufacture is then at its peak, it includes 1500 employees. The artistic director of the Manufacture, Léon Arnoux is French and he brought to England many potters who worked in French factories.

Many French artists work for Minton, attracted by the personality of Léon Arnoux. Among the many French collaborators of Minton, Hugues Protât occupies an important role. He is named in 1855 chief modeler of the manufacture in the wake of Carrier-Belleuse. He became a modeling teacher at the Stoke-on-Trent Pottery School. Some of his works in Minton bear his signature and monogram in exceptional cases. The pieces he made show his attachment to the naturalism that reigns over the arts of fire during the second half of the nineteenth century.

Rattan deckchair, circa 1930
Scroll to top