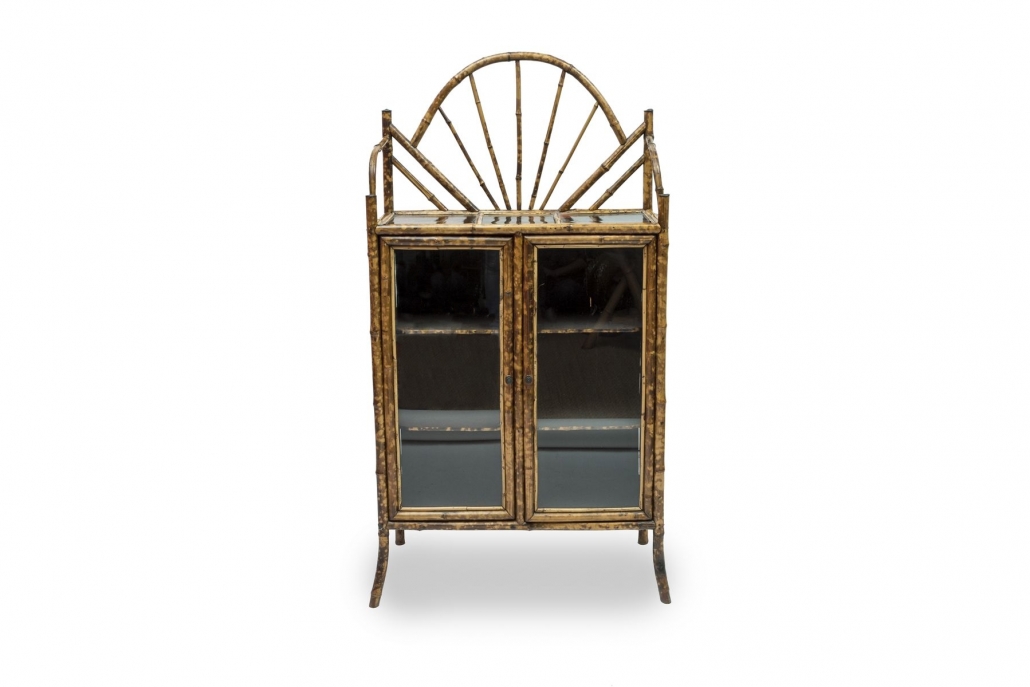 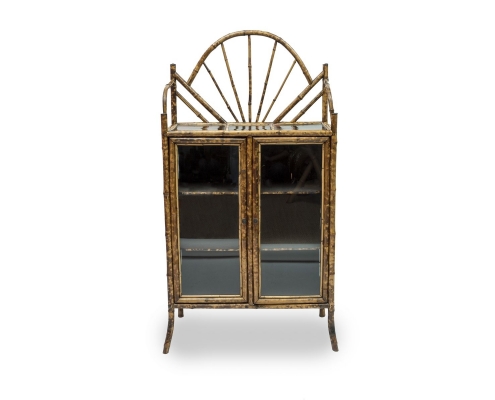 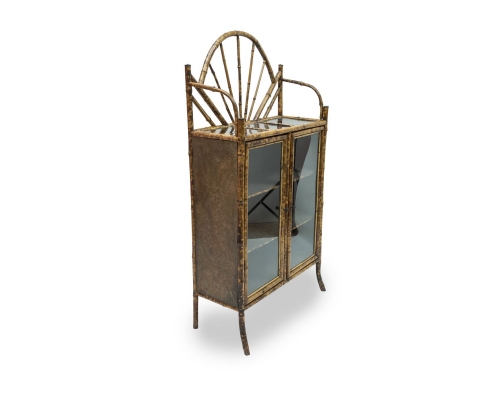 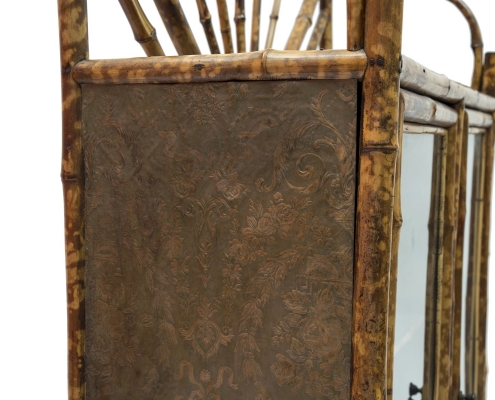 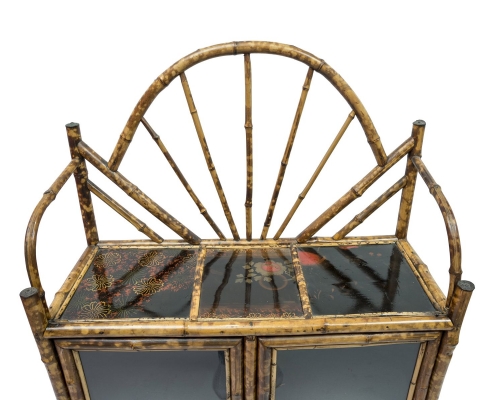 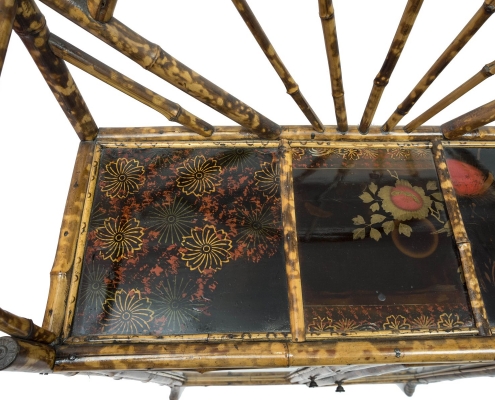 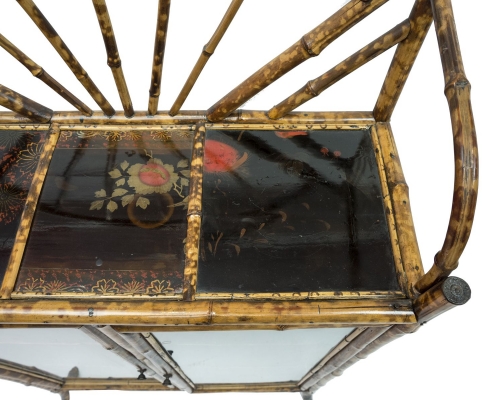 This glass shelf from the famous French manufacturer Perret et Vibert in bamboo rests on four legs. Composed of three levels, they are topped by a lacquered tray. The bamboo, giving an Asian style to this sideboard, testifies to the attraction of the artists for the Asian inspiration.

Founded by Ernest Vibert and Robert Perret, the Maison des Bambous opened in 1872 at 33, rue du Quatre Septembre. From the beginning, the company offered a variety of Chinese-style objects as well as numerous pieces of furniture, chairs and tables made of bamboo and woven rush. Building on its success, in the early 1890s the company turned to the trade of Asian antiques, notably under the impetus of Ernest’s son, Gaston Vibert.

But the company is best known for its rattan creations, which are just as suitable for city conservatories as they are for country homes and seaside villas.

The company is present in many exhibitions and regularly wins prizes for its “graceful and original” models of which “there is only the embarrassment of choice”. La Maison des Bambous won a prize at the Moscow International Exhibition in 1891, and was awarded a gold medal at the Paris Horticultural Competition in 1893. It was present at the colonial exhibition of Lyon in 1894 where “a very rich collection of inlaid bamboos” was presented.