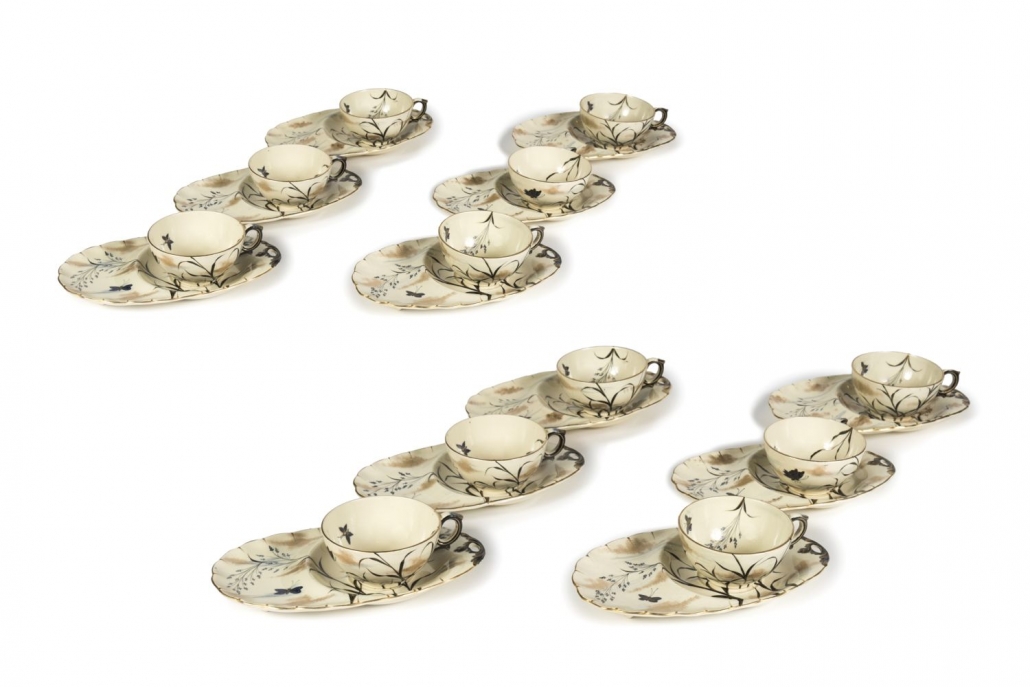 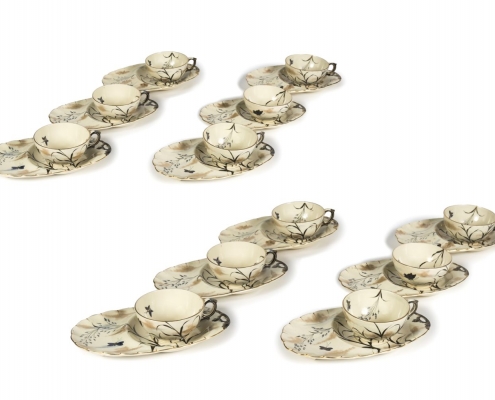 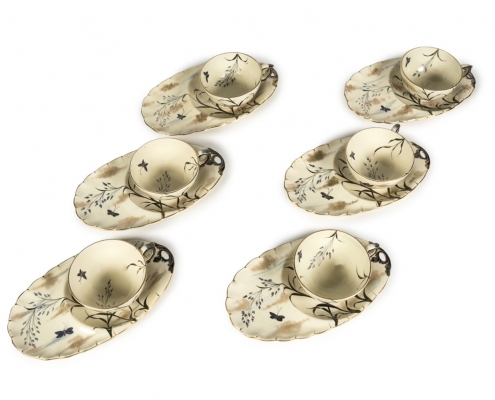 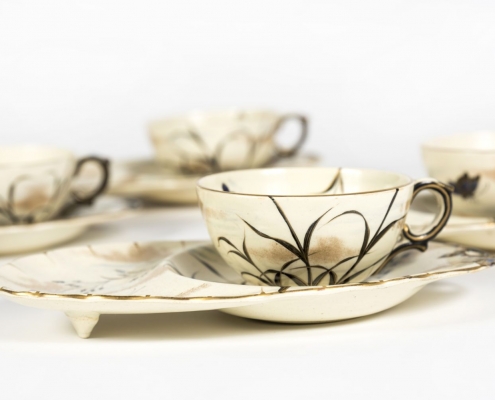 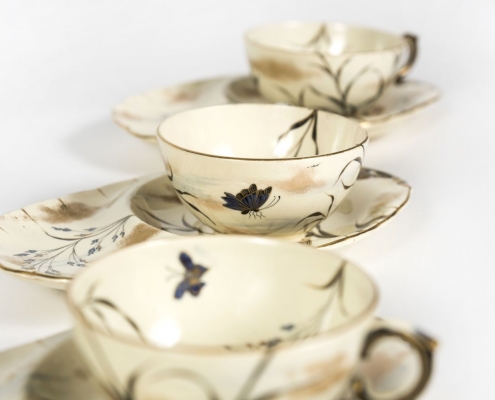 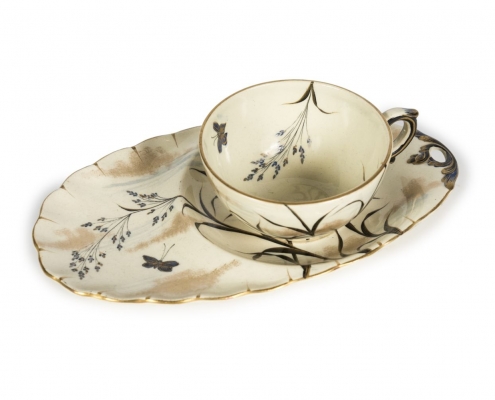 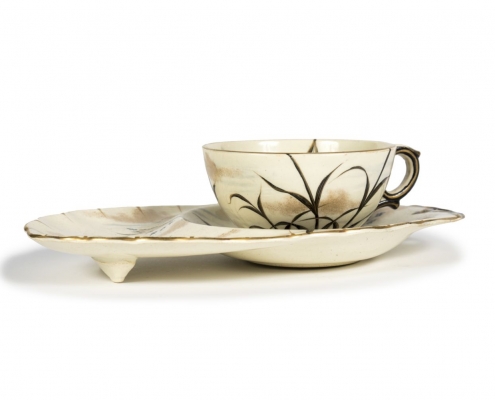 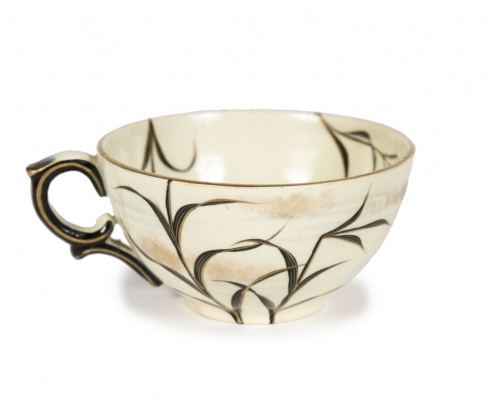 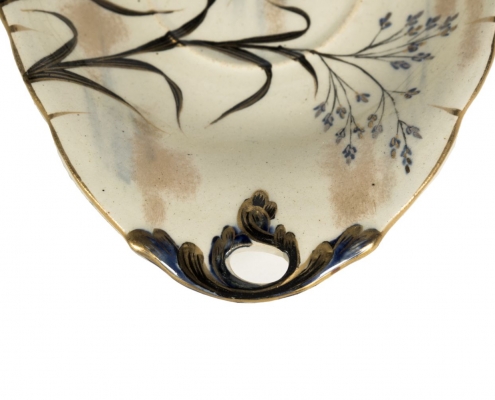 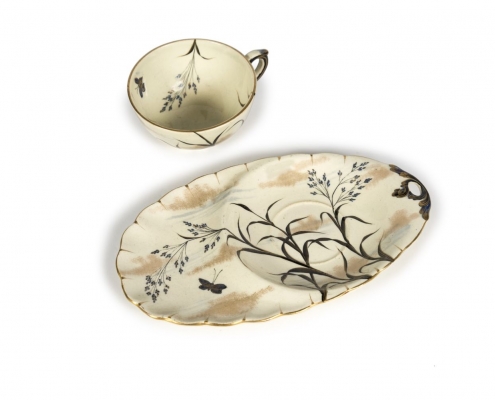 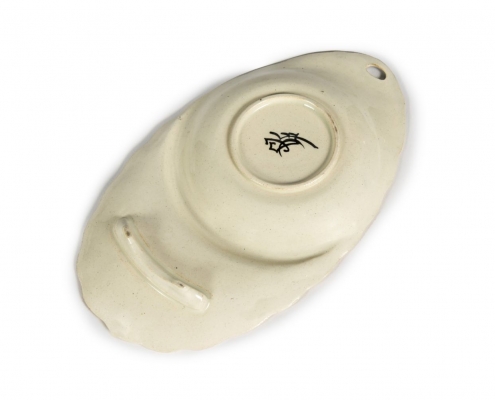 This beautiful coffee set is composed of twelve cups and twelve elongated saucers. Its refined decoration is composed of butterflies and plants of Japanese inspiration. It was made at the end of the 19th century by the Keller et Guérin factory.

Jacques Chambrette fired the kilns of his first Lunéville faience factory in 1730, and since business was booming, he decided to establish a factory in Saint-Clément. Following a bankruptcy in 1785, Sébastien Keller bought the pottery from the Chambrette family. Around 1832, Keller son joins his brother-in-law Guérin to give birth to the KG brand. The Keller and Guérin families managed the Lunéville factory hand in hand from 1832 to 1923 and ensured its prosperity throughout the 19th century. The production intensifies and becomes industrial after 1870.

In 1892, thanks to their success, they bought the Saint-Clément factory and devoted its production to artistic earthenware with the collaboration of great names such as Emile Gallé, Ernest Bussière, Edmond Lachenal, Alfred Renaudin, Joseph and Pierre Mougin, Géo Condé, etc… For nearly a century, the KG crest was the sign of all the productions that went through all the decorations that made Lunéville famous, especially the influences of Art Nouveau whose main center was Nancy.