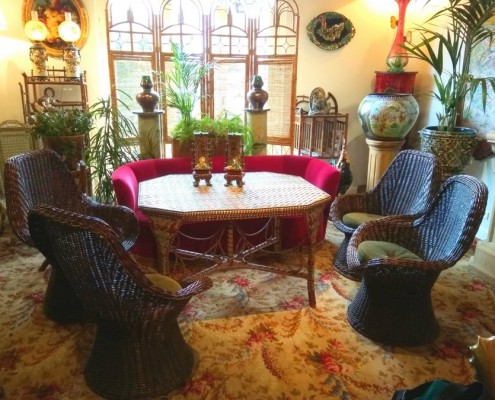 Sumptuous rattan table with rope decoration. The very well worked top of the table has coloured edging forming a geometric braiding. The precious nature of the work and the originality of its colours make it a remarkable work of the second half of the 19th century.